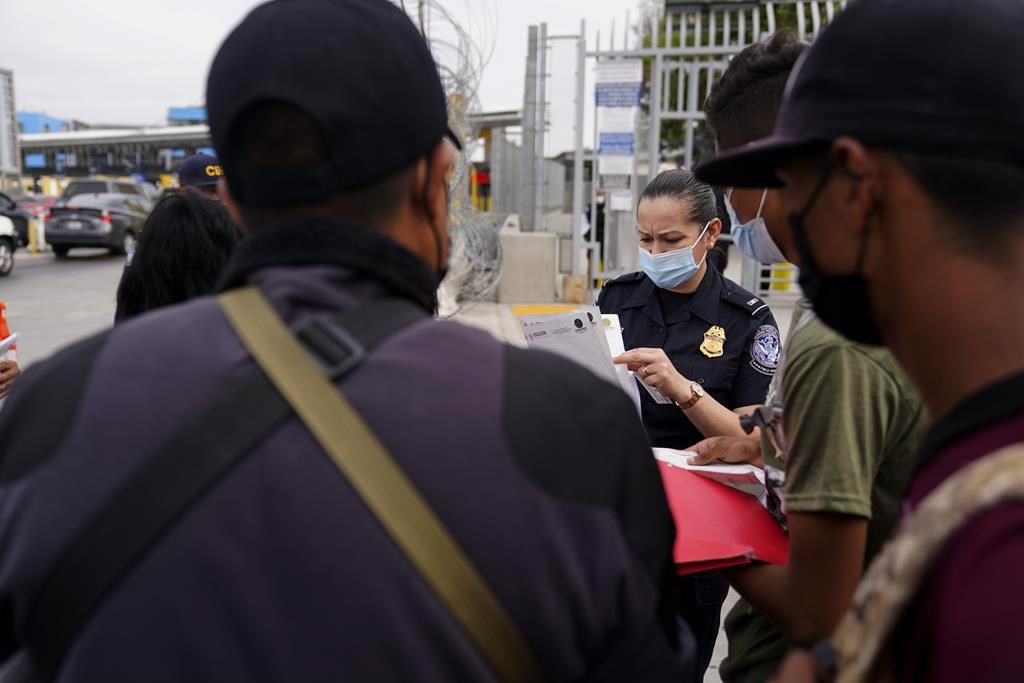 SAN DIEGO (AP) — Two organizations tapped by the Biden administration to recommend which migrants should be allowed into the United States to seek humanitarian protection said Friday that they are halting their work with the government and demanding an end to the Trump-era ban on asylum imposed during the coronavirus pandemic.

The withdrawal of the International Rescue Committee and HIAS from a consortium of groups assisting the Biden administration is a blow to the government’s effort to join advocates in helping those deemed particularly vulnerable as they wait in Mexican border cities, including women with children and LGBTQ people.

Both groups had been part of a consortium chosen to refer a limited number of migrants to U.S. authorities to exempt from a public health order that former President Donald Trump introduced in March 2020.

Under the order, nearly all single adults and many families at the border are quickly expelled from the United States without a chance to seek asylum. Despite pressure from advocacy groups that say the emergency measure is not justified on public health grounds, the Biden administration has deferred to the Centers for Disease Control and Prevention and kept it in place except for children who are traveling alone.

The organizations said the agreement was that they would help until July 31, when the administration was expected to eliminate the Title 42 restrictions, named for a 1944 public health law. But the groups said they have not received word that is happening.

“The administration has not given any justification for keeping Title 42 in place, so we don’t want to be supporting a system that violates international human rights law,” said Bill Swersey, a HIAS spokesman.

HIAS, whose withdrawal was first reported by CNN, said it will work with the government until Aug. 31 to allow time to complete the work it started. The group said it has assisted 4,842 asylum-seekers as of July 23.

The International Rescue Committee said it has helped 1,070 migrants as of July 27 and estimates the number will reach up to 1,500 when the final cases are processed. It led the consortium’s efforts in Nogales, Arizona, and its work will end Saturday.

“The reason IRC agreed to be engaged in this at all to begin with was we recognized the humanitarian crisis at the border due to the backlog of cases,” said Meghan Lopez, the group’s regional vice president for Latin America.

But the intention was never for exemptions to the public health order to become the long-term solution. She said Title 42 does not protect public health because asylum-seekers are required to be tested for the coronavirus before entering the United States and the policy is forcing thousands of people to be stuck in dangerous Mexican border cities, putting them further at risk.

“We would like Title 42 to end,” Lopez said. “We believe people should seek asylum as a right given to them under domestic and international laws.”

The Department of Homeland Security said in a statement Friday that its relationship with nongovernmental organizations was “fluid” and that the humanitarian exceptions were to safely process people in its “phased approach to rebuilding our nation’s immigration system.”

The administration, however, has intensified efforts to put Central American families on a fast track for deportation if they are picked up at the border and don’t claim fear of persecution, a move that has alienated asylum advocates. On Friday, Homeland Security said it resumed deportation flights to Guatemala, Honduras and El Salvador for families subject to “expedited removal,” a legal measure to remove people from the country without seeing an immigration judge.

Meanwhile, HIAS has led efforts in El Paso, Texas, since early May, and it recently expanded to San Diego, according to Ursela Ojeda, policy adviser for the Women’s Refugee Commission, which has been monitoring developments.

“This is a process that never should have had to happen in the first place,” Ojeda said. “There are certainly many folks stuck in Mexico, migrants and asylum-seekers without any ability to seek protection.”

The American Civil Liberties Union is on a similar but separate track, forwarding requests from advocacy groups along the border for up to 35 families a day. The ACLU said in May that about 2,000 people were admitted through the efforts to settle a lawsuit it filed against the government. ACLU attorney Lee Gelernt said the Biden administration won’t allow a more recent number to be released.