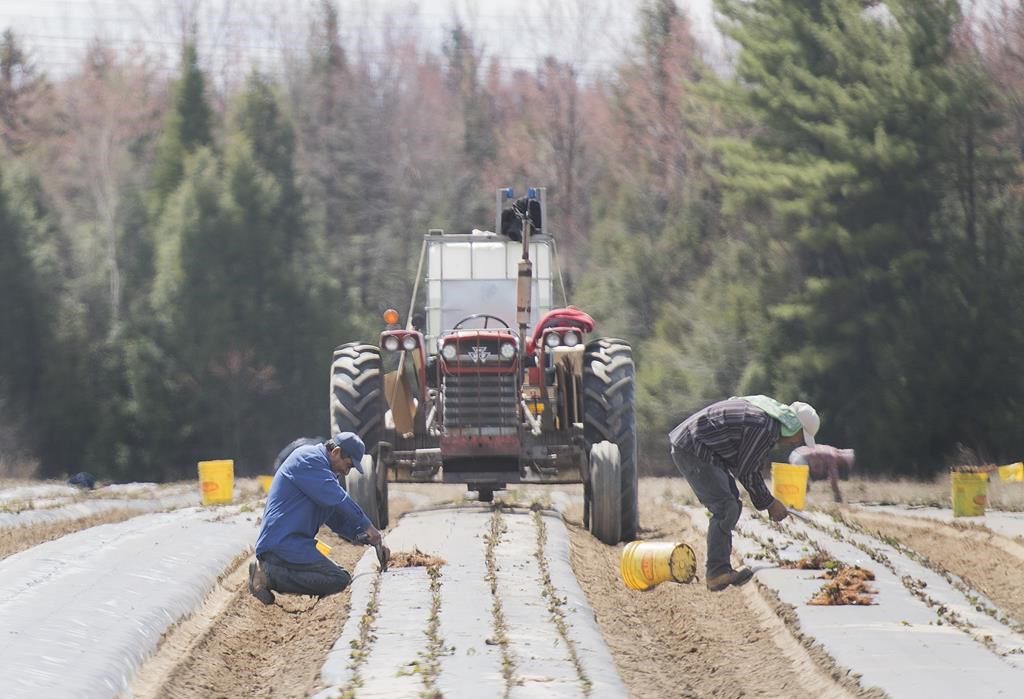 It’s dawn in Batangas, a city more than a hundred kilometres north of the Philippine capital city of Manila, when Eric Gutierrez recalls memories of his college best friend Efren Reyes.

Reyes was smart and unassuming, and they would play pool, eat fast food and hang out in the early 2000s. Gutierrez jokingly says without Reyes, he probably would’ve failed all of his courses.

The last time they spoke three years ago, Reyes had just arrived in Canada and told him about his new job working as a chicken catcher and his hope of making the country a permanent home for his family.

But on May 26, while on the job at a poultry farm in Wetaskiwin, Alta., Reyes was struck by a Bobcat machine and died on the spot.

“There are a lot of bad people in the world,” Gutierrez says in Filipino. “Why does it have to be him?”

Reyes was not the first migrant worker to suffer this fate.

According to Syed Hussan, executive director of the Migrant Workers Alliance for Change, there hasn’t been a national assessment on the number of migrant workers who have died on the job in Canada. However, in the shadow of the pandemic, these deaths and the rights of migrants have found their way to public discussions.

Hussan said in 2021 alone, there have been at least 10 migrant workers who died of various causes on farms. One of those, Mexican migrant Fausto Ramirez Plazas, died of COVID-19.

Ramirez Plazas arrived in Canada shortly after Prime Minister Justin Trudeau announced a mandatory 14-day quarantine for international arrivals. Five workers, including Ramirez Plazas, have died while in quarantine, but there has been no assessment of the causes of death for the other four migrants, Hussan said.

He said, based on families asking the organization for assistance and on cases it hears about, the number of migrant workers’ deaths in workplaces is severely underreported. Employers are more likely to violate these workers’ rights due to their temporary status and fail to report accidents, he said.

“It’s very difficult to count all of the people who have died as a direct result of working in Canada,” Hussan said, but he believes the numbers are “quite astonishing.”

When a migrant worker gets injured, they are typically supposed to make a claim along with their employer to their province’s workers’ compensation board. However, Hussan said there’s little to no data when it comes to injured migrant workers or one that accounts for the number of deaths.

The federal government, on the other hand, only regulates a number of industries such as airline attendants, interprovincial truck drivers and federal employees.

Chris Ramsaroop is an organizer for the advocacy group Justice for Migrant Workers. He said in some cases when a worker dies on the job, workers’ compensation provides support for the family.

Depending on the number of years the person has been working in Canada, their family could also get survivor benefits from the Canadian pension plan.

“It’s also incumbent on the provincial Ministry of Labour to both prosecute and hold employers accountable,” Ramsaroop added.

In Reyes’s case, his family will receive benefits from his employment insurance and from the Overseas Workers Welfare Administration in which he’s an active member.

All Filipino temporary foreign workers need to register with OWWA before they work outside the Philippines to ensure coverage in case of their deaths. It also co-ordinates repatriation of remains.

Calgary’s Philippine Consulate General Zaldy Patron said his office, along with OWWA, is in touch with Reyes’ workplace, Elite Poultry Services, with regards to supporting Reyes’ family and in finding a funeral home to lay his body before repatriation to the Philippines.

“We are saddened by the loss of one of our team members,” it reads. “Our sympathies and condolences go out to the family and those involved in the incident.”

Hussan says there needs to be a greater push to improve the lives of migrant workers in Canada.

“We have a federal government who are well aware of what the crisis is and what the solutions are,” Hussan said. “Most people will tell you not having permanent residency is the reason people don’t have full rights.”

“The question we need to ask is,” Hussan added, “what is politically stopping the decision-makers from doing the right thing?”

“That’s why our people keep dying, and all you get are platitudes.”

Immigration, Refugees and Citizenship Canada as well as Employment and Social Development Canada did not respond in time for publication to requests for comment on the federal government’s role when a migrant worker is injured or dies on the job.

Gutierrez recalls Reyes telling him how tough his job as a chicken catcher was. When grabbing chickens for processing, he would hold five of them in his right hand and four in the left.

“He said he felt three times more exhausted in his new job compared to the last one,” Gutierrez remembers. “But he said it was all worth it for his family.”

He wants Reyes to be remembered as a kind friend who had big dreams not just for himself but for his family.

This report by The Canadian Press was first published June 13, 2021.