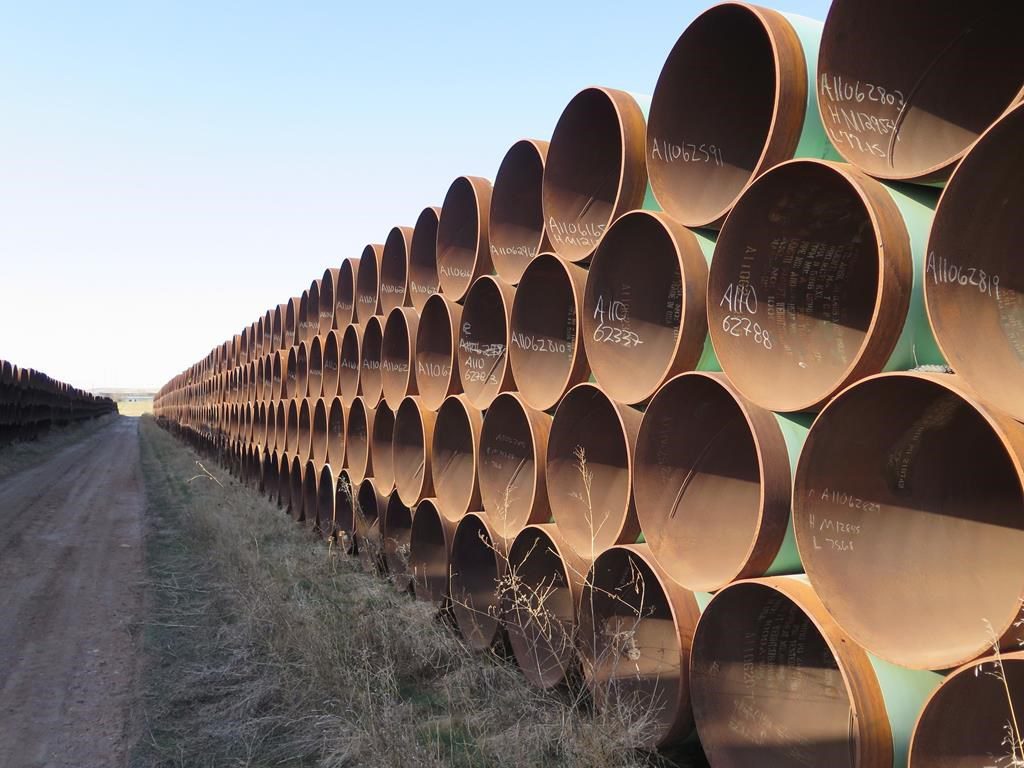 July 2008: TC Energy Corp. — then called TransCanada Corp. — and ConocoPhillips, joint owners of the Keystone Pipeline, propose a major extension to the network. The expansion, dubbed Keystone XL, would carry hundreds of thousands of barrels of oilsands bitumen from Alberta to Texas.

2009: As the U.S. State Department wades through comments based on an environmental assessment of the project, TransCanada starts visiting landowners potentially affected by the pipeline. Opposition emerges in Nebraska.

June 2009: TransCanada announces it will buy ConocoPhillips’s stake in Keystone.

March 2010: The National Energy Board approves TransCanada’s application for Keystone XL, though the OK comes with 22 conditions regarding safety, environmental protection and landowner rights.

April 2010: The U.S. State Department releases a draft environmental impact statement saying Keystone XL would have a limited effect on the environment.

June-July 2010: Opposition to Keystone XL begins mounting in the United States. Legislators write to then-secretary of state Hillary Clinton calling for greater environmental oversight; scientists begin speaking out against the project; and the Environmental Protection Agency questions the need for the pipeline extension.

July 2010: The State Department extends its review of Keystone, saying federal agencies need more time to weigh in before a final environmental impact assessment can be released.

March 2011: The State Department announces a further delay in its environmental assessment.

Aug. 26, 2011: The State Department releases its final environmental assessment, which reiterates that the pipeline would have a limited environmental impact.

December 2011: U.S. legislators pass a bill with a provision saying President Barack Obama must make a decision on the pipeline’s future in the next 60 days.

Jan. 18, 2012: Obama rejects Keystone, saying the timeline imposed by the December bill did not leave enough time to review the new route. Obama said TransCanada was free to submit another application.

Feb. 27, 2012: TransCanada says it will build the southern leg of Keystone XL, from Cushing, Okla., to the Gulf Coast, as a separate project with a price tag of $2.3 billion. This is not subject to presidential permission, since it did not cross an international border.

April 18, 2012: TransCanada submits a new route to officials in Nebraska for approval.

May 4, 2012: TransCanada files a new application with the State Department for the northern part of Keystone XL.

January 2013: Pipeline opponents file a lawsuit against the Nebraska government claiming the state law used to review the new route is unconstitutional.

Jan. 31, 2014: The State Department says in a report that Keystone XL would produce fewer greenhouse gas emissions than transporting oil to the Gulf of Mexico by rail.

Feb. 19, 2014: A Nebraska judge rules that the law that allowed the governor to approve Keystone XL over the objections of landowners was unconstitutional. Nebraska said it would appeal.

November-December 2014: Midterm elections turn control of the U.S. Congress over to Republicans, who say they’ll make acceptance of Keystone XL a top priority. But Obama adopts an increasingly negative tone.

Jan. 9, 2015: At the Nebraska Supreme Court, by the narrowest of margins, a panel of seven judges strikes down the lower-court decision.

Jan. 29, 2015: The U.S. Senate approves a bill to build Keystone XL, but the White House says Obama would veto it.

June 30, 2015: TransCanada writes to then-secretary of state John Kerry and other U.S. officials saying the State Department should include recent climate change policy announcements by the Alberta and federal governments in its review of Keystone XL.

Nov. 6, 2015: The Obama administration rejects TransCanada’s application to build the Keystone XL pipeline. TransCanada CEO Russ Girling says he is disappointed, but continues to believe the project is in the best interests of both Canada and the U.S.

Jan. 6, 2016: TransCanada files notice to launch a claim under Chapter 11 of the North American Free Trade Agreement, alleging the U.S. government breached its legal commitments under NAFTA. The company also files a lawsuit in U.S. Federal Court in Texas arguing that Obama exceeded his powers by denying construction of the project.

May 26, 2016: Republican presidential contender Donald Trump says he would approve Keystone XL if elected, a pledge he repeats several times during the campaign.

Jan. 24, 2017: Trump signs an executive order that he says approves Keystone XL, but suggests the United States intends to renegotiate the terms of the project. He also signs an order requiring American pipelines to be built with U.S. steel.

March 29, 2019: Trump issues a new presidential permit in an effort to speed up development of the pipeline

April 7, 2020: Construction begins, despite calls from Indigenous groups and environmentalists to pause their efforts.

May 18, 2020: Joe Biden, then the presumptive Democratic presidential nominee, vows to scrap Keystone XL if elected, but doesn’t set out a timeline for doing so.

Jan. 20, 2021: Biden revokes Keystone XL’s presidential permit on his first day in office, hours after TC Energy said it would halt work on the project.

May 7, 2021: In reporting quarterly earnings results, TC Energy says it is taking a $2.2-billion writedown on the cancelled project. Shippers including Cenovus Energy Inc., Suncor Energy Inc. and Imperial Oil Ltd. had previously reported non-cash writedowns on earnings related to their commitments to Keystone XL.

Companies in this story: (TSX: TRP)