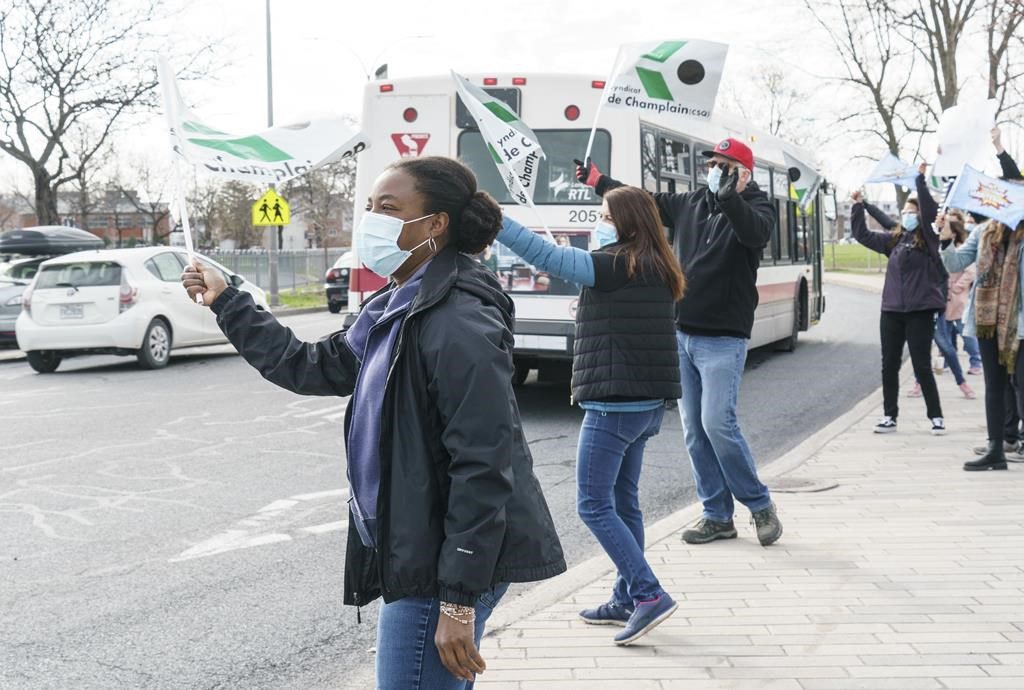 MONTREAL â€” Around 73,000 Quebec teachers say they will walk off the job for several hours on April 27.

The strike is scheduled to take place from 2:45 p.m. to 5 p.m. and will be the second strike day this month involving teachers who work for 58 school service centres and English-language school boards.

The teachers went on strike between midnight and 9:30 a.m. on Wednesday.

Josee Scalabrini, president of the Federation des syndicats de l’enseignement, a federation of teachers’ unions, says that by giving a 10-day notice, she hopes school administrators can adapt and won’t try to stop the strike in court.

They say teachers voted for a mandate to strike for the equivalent of five days.

Scalabrini said today the threat of strikes is working.

“It’s funny, since we announced the first strike, we’ve seen things accelerate at the (negotiation) table,” she said in an interview.