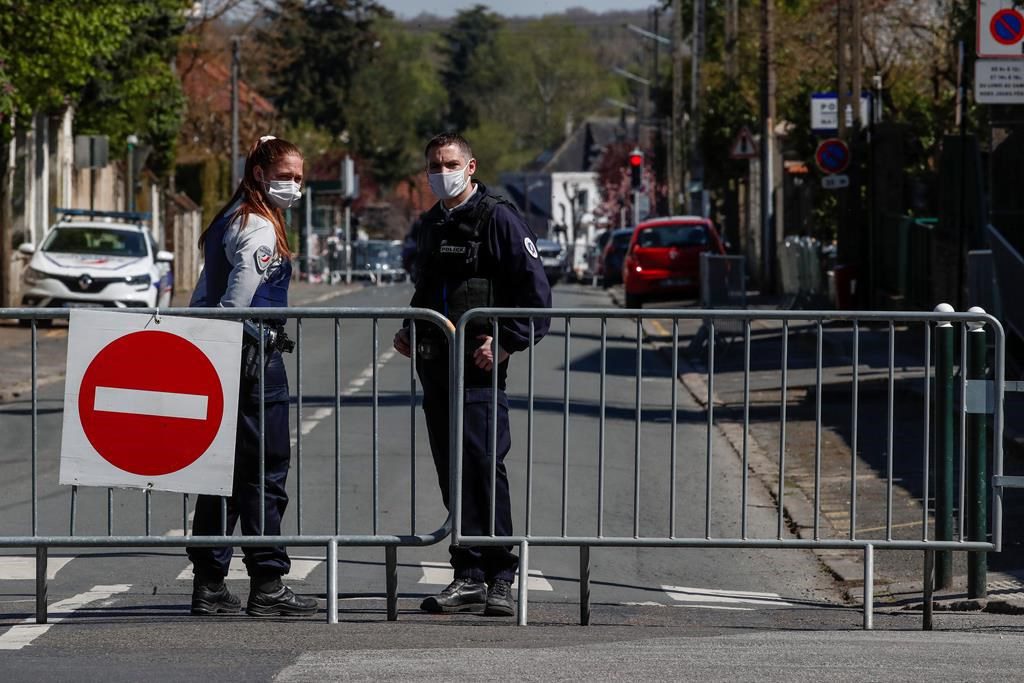 PARIS â€” French authorities detained a fifth person Sunday in an anti-terrorism investigation seeking to identify potential accomplices and motives after a police official was fatally stabbed at a police station outside Paris.

French police killed the 37-year-old Tunisian attacker shortly after he stabbed the unarmed administrative employee on Friday at the entrance of her police station in the town of Rambouillet.

In a news conference on Sunday, anti-terrorism prosecutor Jean-Francois Ricard said police are questioning a cousin of the suspect.

The suspect’s father, a couple who had provided him with an address for mail and other uses, and another cousin were also being questioned, Ricard said.

The victim, a National Police employee, had left the station to extend her time on a parking meter and was followed into the entry area and stabbed by the attacker. He was then shot to death by a police officer.

The attacker, identified by authorities as Jamel G., entered France illegally in 2009 and was given residency papers at the end of 2019, Ricard said. He was a practicing Muslim according to his father, Ricard added.

He had staked out the police station ahead of time and listened to religious songs inciting "jihad" just before the attack, according to evidence on his mobile phone. Witnesses heard him say "Allahu akbar!" â€” Arabic for "God is great" â€” during the attack, he said.

The man had no criminal record or evidence of radicalization, Ricard said.

He went to psychiatric consultations in Rambouillet on Feb. 19 and Feb. 23 yet his condition involved no need for hospitalization or treatment, according to Ricard. He then travelled to Tunisia from Feb. 25 to March 13.

Ricard stressed that investigations are taking place to determine whether people helped or inspired the attacker, and French officials are working in "close co-ordination" with Tunisian judicial authorities.

Tunisia’s Foreign Affairs Ministry offered its condolences to the victim’s family, the French government and people and said Tunisia expresses its "total condemnation of extremism and terrorism."

Meanwhile, French Interior Minister Gerald Darmanin will present a new counterterrorism and intelligence bill in a Cabinet meeting on Wednesday. It will extend measures enabling authorities to shut down places of worship and better monitor those convicted of terrorism when they get out of prison.