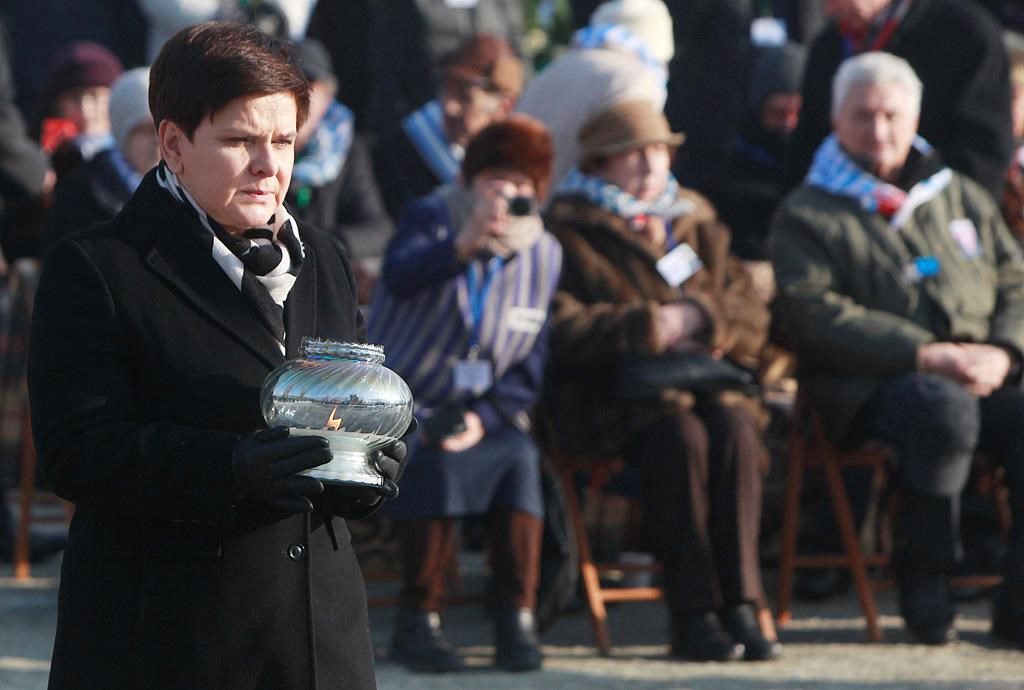 WARSAW, Poland â€” Three members of an advisory council for the Auschwitz-Birkenau museum in Poland have resigned after the government appointed a former prime minister and top member of the country’s right-wing ruling party to serve on the council.

Culture Minister Piotr Glinski, who appointed Beata Szydlo to the Auschwitz-Birkenau State Museum Council, said he was astounded by the resignations.

He described them Friday as unjustified moves that threaten to "politicize the discussion around the most important museum of martyrdom in Poland, a place of world heritage."

The first advisory council member to resign was philosopher Stanislaw Krajewski, who said he took the step Tuesday to protest what he called the "politicization" of the group of Polish experts who to advise the museum's director.

He was followed by historians Marek Lasota, who also belongs to the ruling party, and Krystyna Oleksy, a former deputy director of the Auschwitz Museum.

Krajewski, who was about to begin his third four-year term, told The Associated Press that he does not remember a politician ever being named to the council and did not feel comfortable with the step, particularly given the policies of the populist and nationalist Law and Justice Party.

"It's hard to say what would happen, but it would change the nature of the body very considerably," Krajewski said. "I don't want to be on the same council with a major politician of the ruling party today."

The culture minister’s statement said it is "not true that there have never been any politically involved people" on the council.

Krajewski is a co-creator of a post-World War II history section at the POLIN Museum of the History of Polish Jews in Warsaw and a co-founder of the Polish Council of Christians and Jews. He is also a leading member of Warsaw’s Jewish community who since the 1970s has worked to revive Jewish life in Poland that was nearly wiped out by the Holocaust.

After Law and Justice took power in 2015, its leaders launched what they described as a "historical policy offensive" aimed at building pride in the nation’s past. The party has used museums, state media and other tools to promote a patriotic view of history.

Poles are proud of the nation’s role in resisting the German occupation during nearly six years of World War II. The government has sought to focus on that aspect of Polish behaviour during the war, including the thousands of Poles who saved Jews, while seeking to discourage examinations of the role some Poles had in helping occupying German forces in their mass killing of Jews.

The strategy has led to accusations of historical whitewashing and created international controversies in recent years.

"The fear is that this would be another move in the direction of making also the Auschwitz-Birkenau museum part of their historical policy,” Krajewski said.

Szydlo is now is a member of the European Parliament for the Law and Justice party. She has studied ethnography and history, and is from the area of Oswiecim, the Polish town where the site of the former Auschwitz death camp is located.

In his statement, Culture Minister Glinski said he believed Szydlo’s membership on the council is an honour due to the "high social trust" she enjoys, referring to her winning a seat in the European Parliament in 2019 with over 525,000 votes â€” more than any other Polish candidate received.

Glinski also noted that her "family has been living in the immediate vicinity of the former camp for many years” and would therefore be “a valuable ally in efforts to implement the museum's program and support its activities.”

Early on, the Nazis operated Auschwitz as a camp for Polish prisoners. Later, nearby Birkenau was created for the mass killing of Jews and others transported from across Europe.

By the time Soviet forces liberated Auschwitz, more than 1.1 million people had been murdered there. Most were Jews, but the victims included tens of thousands of Poles, as well as Roma, Soviet prisoners of war, and others.