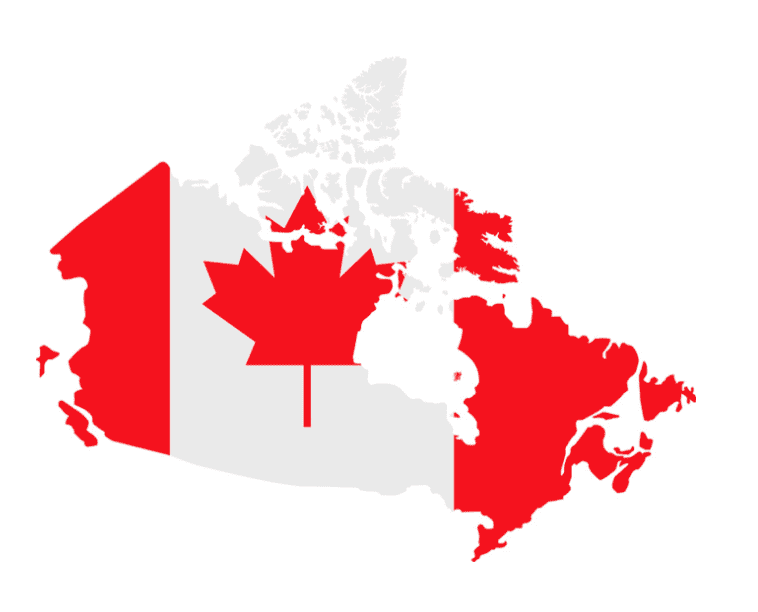 It seems to come as a surprise to many people that Canada is a highly decentralized federation, with a constitutionally entrenched division of powers that prevents the federal government from blundering its way into the affairs of the provinces.  Sure, there are a few areas of shared jurisdiction that come with some push and pull between different levels of government, and there are places where the federal government plays a role that largely involves the transfer of funds to provinces for specific outcomes, or to ensure equal levels of access from province to province.  And yet, listening to politicians at both the federal and provincial levels of government, particularly lately, there seems to be no shortage of confusion as to just how much power and authority the federal government possesses in a myriad of portfolios.

The last federal election saw a myriad of debates over pharmacare and the NDP's insistence on the creation of dental care, with nary a concern that these were areas of provincial jurisdiction.  The Liberals, cognisant of this fact, predicated all of their pharmacare promises on negotiation with the provinces, which is why they only budgeted for seed money, with more to come contingent on the outcome of those talks.  News media largely ignored these conditions and complained that their budgeting numbers were too low.  What was particularly curious was the way in which the NDP leader, Jagmeet Singh, was making specific local healthcare promises, around building hospitals or emergency services at existing ones, as though there were federal levers to ensure that when there aren't and no, the Canada Health Act is not a federal lever to dictate how provinces deliver healthcare at the local level.  At the time, I was unsure whether this was deliberate or a result of ignorance, but in the time since the election, I am leaning toward the former.

Since the onset of the pandemic, jurisdictional confusion seems to have exploded.  Everyone has demanded that the federal government do something about rent (when landlord/tenant legislation is provincial), long-term care (again, provincial jurisdiction that the federal government provided military and Canadian Red Cross support with upon the request of the provinces), paid sick leave (about 90 percent provincial jurisdiction federally regulated sectors include banking, telecom and transportation), and public health measures (which they provided lab capacity and contract tracers to provinces upon demand).  And the federal government got creative about how it could leverage its spending power to help provinces, but it wasn't always successful (the commercial rent subsidy or disability support top-ups) because they don't have the appropriate levers or databases that can provide that kind of direct support.  But that hasn't stopped either opposition parties or even some provinces from complaining, when those provincial governments haven't stepped up to solve things that are clearly in their jurisdiction.  Some provinces, like Alberta, decided to lay off school workers in their own jurisdiction and put them onto federal support payments, in a bout of spectacularly cynical buck-passing, and got away with it because of this deliberate confusion in the public sphere.

The current dispute over the Mi'kmaq lobster fishery in Nova Scotia is seeing more of this cynical buck-passing by that province's premier, who says that the federal government needs to define what a "modest income" is for the First Nation, when he knows very well that the actual issue at hand is the violence of an angry mob, and that policing is a provincial responsibility.  That it took the province weeks to request additional RCMP support from the federal government is indicative of the fact that they had little intention of doing their work in enforcing law and order, or preventing said mob from destroying Mi'kmaq property and threatening their lives until the images of police just standing there as it happened flooded social media.

While this was going on, both Erin O'Toole and Singh has been making loud noises about how this is the federal government's fault, that they didn't send in negotiators soon enough (they did), and that they didn't properly resource the RCMP in the area which, once again, is an area of provincial jurisdiction and the RCMP are contracted to that province.  There is no federal role for policing that dispute, and the federal government could not unilaterally send additional resources to the province until asked by the provincial government which did happen over this past weekend, after things escalated to suspected arson.  And for everyone who has suggested that the federal government send in the military to keep peace, they couldn't do so without the explicit request of the provincial government, nor does anyone want the military to engage in law enforcement that way leads to police states.

Of course, the opposition parties and the premiers know that there are jurisdictional issues, but they have been content to ignore the realities of them for the sake of playing politics.  For the opposition, it's a cynical game of making it look like the federal government is sitting on their hands when they in fact lack the proper levers to take meaningful action and they know it.  For premiers, it's a kind of learned helplessness, insisting that the federal government needs to provide money or direction, or guidance, or to "take the lead" when it's something that they can do on their own.

If the federal government did assert jurisdiction (likely through emergency powers), they would immediately cry bloody murder, that their constitutional rights were being trampled on, and that the division of powers exists for a reason, but in the meantime, they could take advantage of the fact that all eyes are focused on Ottawa, leaving them to escape accountability for their failures in the pandemic.  And what is most frustrating is the fact that media have been complicit in this, abiding by the ethos that nobody cares about jurisdiction in a pandemic except they should, because the federal government can't invent levers it doesn't have, and the premiers need to be held to account for their own failings.  Playing into the cynical games of politicians who obfuscate jurisdictional questions leaves that accountability in doubt. 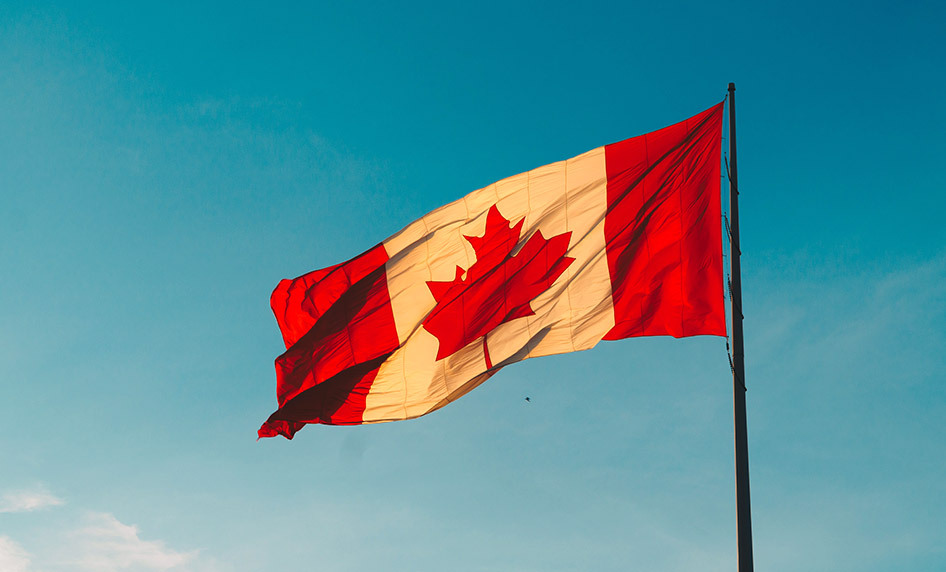 This partially sums up the litany of yelling, screaming, whining and complaining that occurred on Monday.  People from all walks of life believed the Premier of Ontario had actually cancelled this fun, spooky celebration.  Houses normally adorned with everything from candle-lit pumpkins to fake tombstones would have to be systematically deconstructed.  Nary a ghost nor ghoul would appear in the moonlight with haunting music in the background.  Children dressed up in costumes, excitedly going door-to-door and getting an abundance of candy wouldn't be a thing in 2020, either.

Sounds rather awful and heartbreaking.  Except not a single word of it was true.

As Ontarians begin to prepare for Halloween this year, I'd like to remind everyone to take extra precautions to ensure you are keeping yourself and your families safe.

Given the high transmission of COVID-19 in the modified Stage 2 public health unit regions of Ottawa, Peel, Toronto and York Region, traditional door-to-door trick or treating is not recommended and people should consider alternative ways to celebrate.

Take a closer look. Williams specifically said Hallowe'en was "not recommended" for Ontario's four hot spots due to COVID-19.  This isn't defined as a restriction, ban or cancellation in any dictionary.  There's no hidden meaning, ulterior motive or grand conspiracy going on behind the scenes by either Ford, or senior government and health officials.

The Ontario government didn't "cancel" Hallowe'en, ladies and gentlemen.  It will still be held in every part of the province on October 31, including the four hot spots.  Kids can go out and get heaps of candy at night and the ghosts, goblins, skeletons, bats, witches and wizards can raise cain to their heart's content!

At the same time, Williams did recommend other activities that Ontario families could potentially do during Hallowe'en.  This included ideas like "virtual activities and parties," pumpkin carving, movie night, decorating the lawn and "organizing a Halloween candy hunt with people living in their own household."

There are other fun activities that parents could consider if they don't feel comfortable in having their children going out trick or treating.  But if they want to take them outside, or let them go with a small group of friends, then no-one is stopping them.

We can and should debate the pros and cons of the Ontario government's decision, but let's ensure the messaging is clear.

Could Ontario or any province have put the kibosh on Hallowe'en?  Yes.

Provincial and municipal governments, along with Ottawa, could have theoretically introduced legislation to cancel Hallowe'en based on possible health and safety concerns.  It could have passed as a temporary measure for the period of one calendar year, and been left open-ended to be potentially extended in 2021, 2022 and beyond.

Government and health officials could have also taken the position that Hallowe'en had the potential to become a superspreader for the coronavirus.  Large amounts of children and adults in close proximity would have increased congestion on our streets and neighbourhoods, and possibly led to a severe, short-term spike in active COVID-19 cases.  If provincial hospitals were already getting stretched to the limit with non-COVID-19 patients, this could have turned into a major health disaster.

Would this have been the right move for any Canadian political leader to take?  No.

Doctors and health officials have repeatedly informed us the spread of COVID-19 is dramatically reduced in the great outdoors.  That's why they recommend people of all ages spend more time outside, where we don't need to constantly worry about wearing masks but employ proper amounts of social and physical distancing.  This also gives our children time to play and socialize with one another.

Children will also be wearing non-medical masks when going trick or treating and, in certain cases, an additional Hallowe'en mask on top.  That's plenty of protection, when you think about it.

As well, there are creative ways to give out candy.  The Alberta government has suggested families "build a candy slide, candy catapult or other fun, non-touch delivery methods."  CBC has shown a few parents in Calgary and Edmonton using these homemade chutes and tubes on camera.  They really work, and it's a novel approach to maintaining physical distancing and making children happy.

To make a long story short, Canadians will ultimately do what they feel is best.  If parents are comfortable taking or letting their children go out trick or treating, they will.  If they decide to turn off the lights or do something different this year, that's their choice to make.

Rest assured that Hallowe'en will still be celebrated in all Canadian provinces, including Doug Ford's Ontario.  Have a boo'tiful and scary time, everyone!