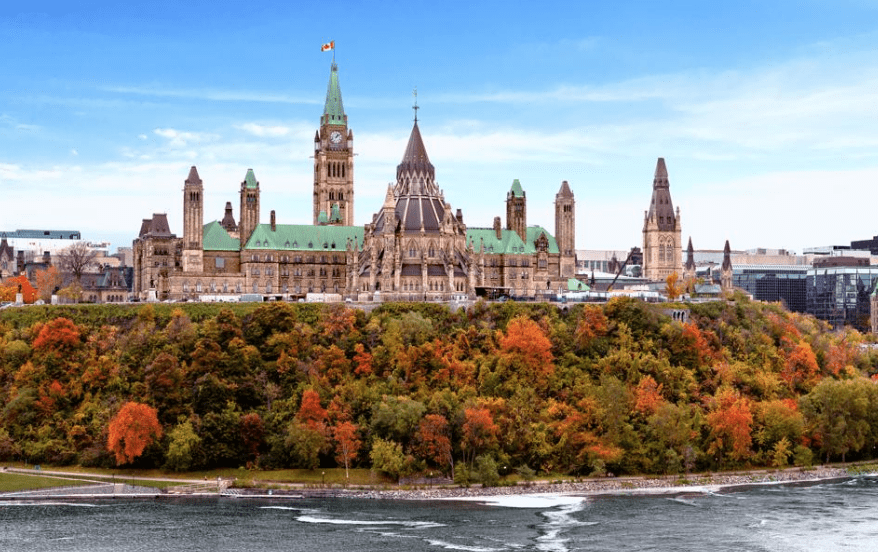 With the second wave of the COVID-19 pandemic now fully upon most areas of the country, and two of our party leaders having contracted the infection, it's time that our parliamentarians stop kidding themselves these half-assed "hybrid" parliamentary sittings are not going to be sufficient to keep parliament functioning at a time of crisis, and that they need to bubble in one place Ottawa.  After all, the NHL has managed to make it work, with nine solid weeks without a single positive case of COVID, and it's hardly essential to the functioning of the country.  Parliament needs to get its act together and start doing the same.

The seriousness of the pandemic has apparently been lost on many of the MPs and leaders, judging from what happened with Erin O'Toole and Yves-FranÃ§ois Blanchet. Blanchet and his wife both tested positive after touring communities following the conclusion of the party's caucus retreat, and even then, Blanchet was holding a news conference ten days after his diagnosis, with no indication that he had received two subsequent negative tests.  This should be concerning to everyone about how cavalierly this is being treated.  As for O'Toole, he too was going on a tour to meet stakeholders following his leadership win before he was diagnosed, and it was estimated that at least 15 people contracted COVID as part of this tour.  This is a signal that the message is not getting through that they need to do things differently as a result of the pandemic, and the glad-handing of politics needs to be curbed.

There have largely been three excuses trotted out as to why MPs shouldn't be in Ottawa that the constant travel would expose them and others to COVID; that the congregation of MPs and staff on Parliament Hill is less than ideal in a time of pandemic; and that MPs need to model the "good behaviour" of working from home to Canadians at large.  All of these objections are bogus on the face, particularly in the situation of a parliamentary bubble.  MPs shouldn't be travelling they should be staying place in Ottawa.  The congregation of MPs is less of a problem because, as has been explained previously, they don't need to all be in the Chamber at one time QP already has speaking lists, and there are ways to accommodate voting, such as lobby voting, that would work better than what has been established.  MPs also don't need their staff with them the staff can work from home while MPs continue their parliamentary duties.  And there as much "good behaviour" that can be modelled in MPs staying in their bubble than there is from them working from home.

It's only been several days, but the current "hybrid" model is not working.  Question Period has been denuded of any sense of frisson or spark of life that it's bordering on a drudgery.  MPs are complaining that their committee hearings are cold and stilted.  And the first attempt at "hybrid" voting was a complete farce sixty-five minutes to complete a single vote, with technical connection issues, and MPs holding up children or dogs as they voted in a rapidly escalating race of trying to out-cute one another that will only get worse as this carries on.  Such a voting system is not sustainable and this is the least evil of all remote-voting set-ups.  Letting MPs vote by an electronic means or app is ripe for abuse and additional centralization of authority by the leadership.  The entire hybrid set-up isolates MPs and makes them more vulnerable to centralized control by their leaders.  This shouldn't be allowed to stand.

The solution of creating a parliamentary bubble, for both the Commons and the Senate, is easily enough achieved.  For one, the Chateau Laurier is right there, and Parliament can contract with them to rent out whole floors for MPs and their families, if they so choose, to stay in for the duration of a weeks-long sitting.  They can adjust the calendar to maximize time in Ottawa before they return to their ridings and any need to self-isolate or quarantine upon return if those are the local rules.  And if MPs are worried about the strain on families, this is a pandemic healthcare workers across the country can't see their own families for fear of infecting them, and MPs should be prepared to sacrifice for shorter periods of time than those healthcare workers.

It also cannot be understated that time in a parliamentary bubble would actually do wonders for congeniality, as MPs would be spending off-hours together and getting to know one another as human beings across party lines something that has been in precipitous decline since the early 1990s when they eliminated evening sittings in an attempt to be "family friendly."  Until that point, MPs would dine together in the parliamentary restaurant three nights a week and bond socially, and in the time since, it has become harder for MPs to break out of their caucus circles which is reinforced by staffers who do their best to keep MPs from socializing with "the enemy" (and yes, Samara Canada has documented this in MP exit interviews).  There would be the added comradery that these MPs have survived the pandemic together the value of which would eventually translate into things like decorum.

A bubble would also reinforce to MPs that they shouldn't be travelling to events and meeting with stakeholders in-person during these sitting periods, which is still happening because MPs aren't getting the message that they can't keep operating this way under current circumstances.  This will reduce the chances of infection, and keep Parliament functioning at this critical juncture.  It would also mean that Parliament would be better able to perform its functions properly, rather than constantly reverting to the kinds of abuses of process that we've seen in the rush to pass emergency legislation over the summer.  These hybrid sittings are exacerbating problems and corroding parliament.  It's time MPs grow up and bubble.  If the NHL can manage it, so can they.