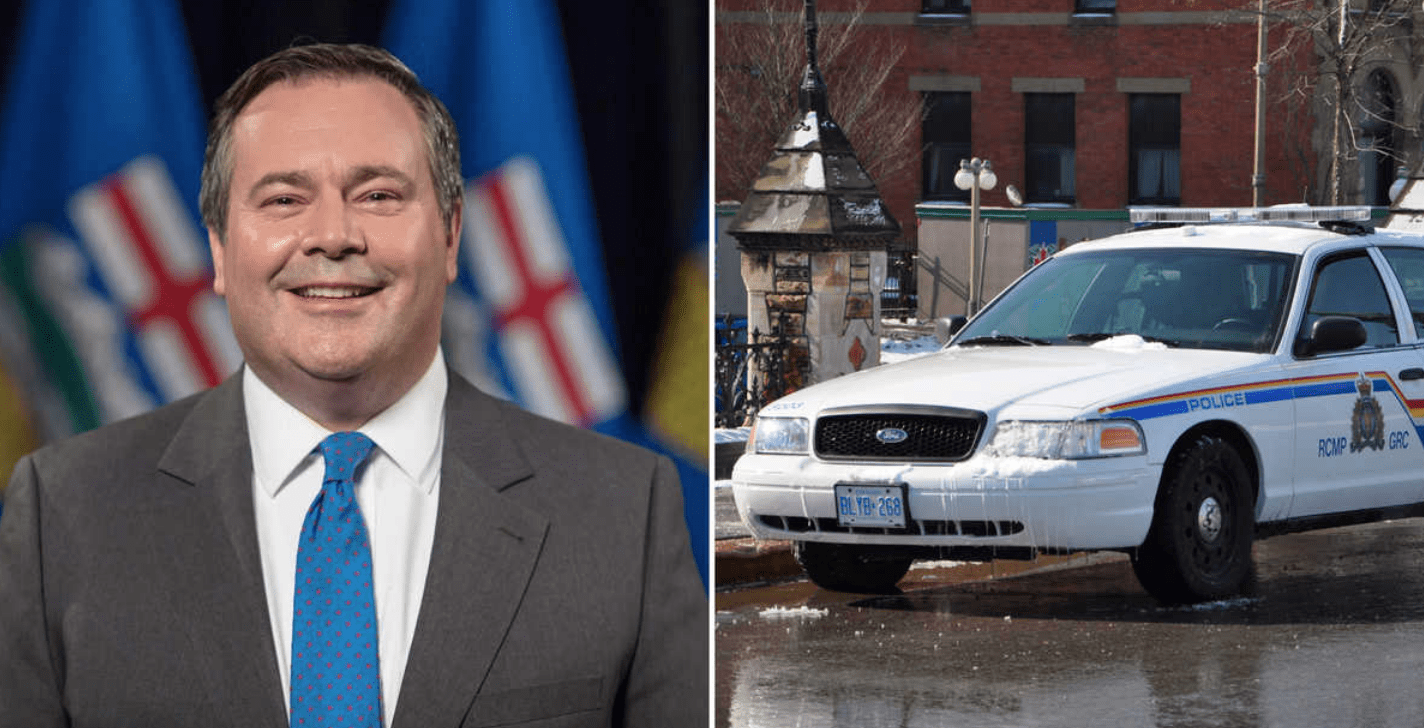 Alberta's UCP government never passes up a chance for a spirited polarizing debate.  And there's no more polarizing topic at the moment in North America than "defunding" the police.

The sophisticated and in-depth discussions on police budgets launched by Calgary and Edmonton just didn't fit the simplistic scenario espoused by the new right.

Alberta's newly minted justice minister, Kaycee Madu, sent a rocket of a letter to Calgary and Edmonton mayors warning them there could be provincial funding repercussions if they mess with law enforcement budgets.

"Alberta's government will closely monitor how municipalities are managing their police budgets as well as responding to calls to 'defund the police," he told the mayors.

The irony for the mayors is that Madu's previous cabinet post was municipal affairs minister, a position he felt required him to butt heads with the cities over spending too much.

Back then the UCP clawed back traffic ticket revenue to the provincial treasury that had been used by the municipalities for policing.  In rural Alberta, the government added a burden of increased policing costs on to small municipalities, requiring them to dip into their own revenue for additional police positions promised by the provincial government.

So now the mayors are particularly galled over Madu's demand that cities don't consider paring police budgets in the ongoing need to reduce city spending and reform policing and community services.

Mayor Naheed Nenshi was particularly blunt in his response.

"To time a ridiculous letter, with ridiculous slogans in it, while we're having this adult conversation just shows you're not really interested in being part of that conversation," Nenshi told reporters.

The city of Calgary and Calgary police are engaged in a soul-searching discussion of police reform to address racism and the potential to reallocate funding to address community mental health needs that increase police workload.

In Edmonton council has decided to reduce the 2021-22 police budget of close to $390 million by $11 million and put that money toward community programs that impact mental health and social inequities.  Edmonton is struggling with a homelessness problem exacerbated by the Covid pandemic.

Edmonton Mayor Don Iveson argues there wouldn't be a police funding issue if the province provided adequate funding to address social and mental health needs that increase the police workload.

"As minister of municipal affairs, (Madu) was very keen on scrubbing down our budgets," Iveson said in an interview.  "Now, as minister of justice, to suggest that we should not be looking at our largest cost centre â€” which is policing â€” seems a bit ironic to me."

Even without the current temper of the Black Lives Matter times, police budgets are always a source of contention for the big cities.  The Globe and Mail did an analysis last month that showed between 2009 and 2018, police costs in Alberta increased 66 per cent.  Spending on other municipal services increased 56 per cent over the same time period.

While Madu is busy warning the cities against playing politics with policing, the UCP is doing just that on the wider provincial front.

The government is spending $2 million to launch a study on establishing a provincial police force, similar to those in Ontario and Quebec.  In Alberta the RCMP performs the role of provincial policing outside urban areas.  But the RCMP is a creature of Ottawa and so, in western alienation terms, is an occupying interloper on Alberta sovereignty.

Despite government statements that no definite decision has been made yet on establishing a provincial force they are also looking for someone to oversee an Alberta Provincial Police Services transition secretariat.

In fact they haven't.  Even the government's own "Fair Deal Panel" found only 35 per cent of Albertans want a provincial force.  The idea of provincial police was rejected by the  Ralph Klein government in the 1990s as too expensive to administer, but apparently Premier Jason Kenney thinks things have magically changed since then.

Taking a leaf from Donald Trump, Kenney wants to leave a "LAW & ORDER" legacy, no matter the cost. 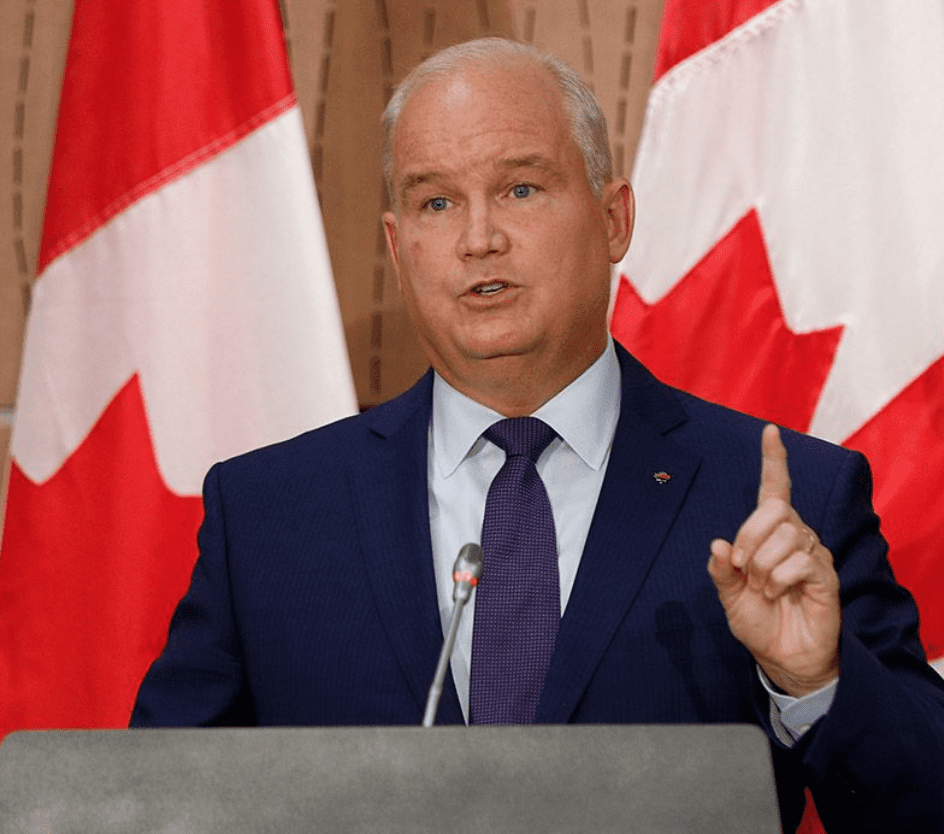 Newly-minted Conservative Party leader Erin O'Toole and his team of strategists have likely come up with a brilliant plan to topple Prime Minister Justin Trudeau and his Liberal government.

I say "brilliant" because O'Toole has surrounded himself with a bunch of bright people who, no doubt, will base any plan they produce on all sorts of rigorous research and data analysis.

But is that enough to win?

Probably not, since as Mike Tyson once eloquently put it, "everyone has a plan until they get punched in the mouth".

And you better believe it won't be long before the Liberals (and their media allies) come out swinging for O'Toole.

To see how such a Liberal assault could impact on O'Toole's strategy just consider the fate of his immediate predecessor Andrew Scheer.

Scheer, like O'Toole, had a plan to beat Trudeau.

It too was also dreamt up by smart people who, I'm sure, based it on rigorous research and data analysis.

What was this plan?

Well, Scheer â€” who is the nicest of nice guys â€” was marketed to voters as a bland, middle-class dad who oozed nothing but affability and harmlessness.

The idea, I suspect, was to contrast Scheer with former Conservative leader Stephen Harper, who many Conservatives believe lost the 2015 federal election mainly because Canadians deemed him to be too aloof, too dour and too ornery.

In short, Scheer was presented as a non-threatening, nice guy, anti-Harper.

And yes, maybe this plan would have worked had the Liberals not taken Scheer's "nice guy" persona and shoved it into a media meatgrinder.

Indeed, before the 2019 federal election was over, the Liberals had successfully branded Scheer as a gay-hating, woman-despising, religious fanatic who wanted to destroy the planet's environment with massive heaps of global warming.

This brings back to O'Toole, who, it seems to me, is following Scheer's strategic path.

As a matter of fact, it looks like O'Toole is trying his best to paint himself as more likable and less scary than both his predecessors.

And if recent polls are to be believed, this plan is working as Canadians seem to be warming to the new guy.

However, O'Toole needs to be careful because, as Scheer's experience dramatically proved, a politician's likability can be mangled with a deft political punch.

I like to tell a story about how, when I was working on a primary campaign in America, I was at a meeting with a Senatorial candidate who complained that his opponent was just too likable, to which his ad guy responded, "He won't be so likeable after I get through with him."

My point is, a good attack ad campaign can make anybody look bad, even O'Toole â€” no matter how many Gay Pride parades he marches in.

So, what should O'Toole do?

Well, he needs to understand that the real problem for Scheer wasn't the Liberal attack, it was his own failure to have a "Plan B" when "Plan A" failed.

This is why O'Toole needs to be ready with a Plan B.

Well, it's an old axiom of politics; if you can't make yourself more likable, the only thing to do is make the other guy less likable.

In other words, when the next election rolls around the Conservatives should be ready and able to fight fire with fire; if the Liberals succeed in making O'Toole's brand less likable, they will have to go after Trudeau's brand in a similar fashion.

Certainly, the Conservatives have lots of ammunition they can use to hammer Trudeau: SNC-Lavalin scandal, the WE scandal, his handling of COVID, his blackface pictures, a weak economy etc.

So, the Liberals are vulnerable.

OK, I know there's a stigma attached to "negative" messaging (at least when conservatives do it), but sometimes being nice just doesn't work.

Anyway, all I'm saying is, if O'Toole desires it, he can certainly play the gentle kitten as his main strategic plan for victory.

But, just in case, he better also be ready to unleash a roaring lion.