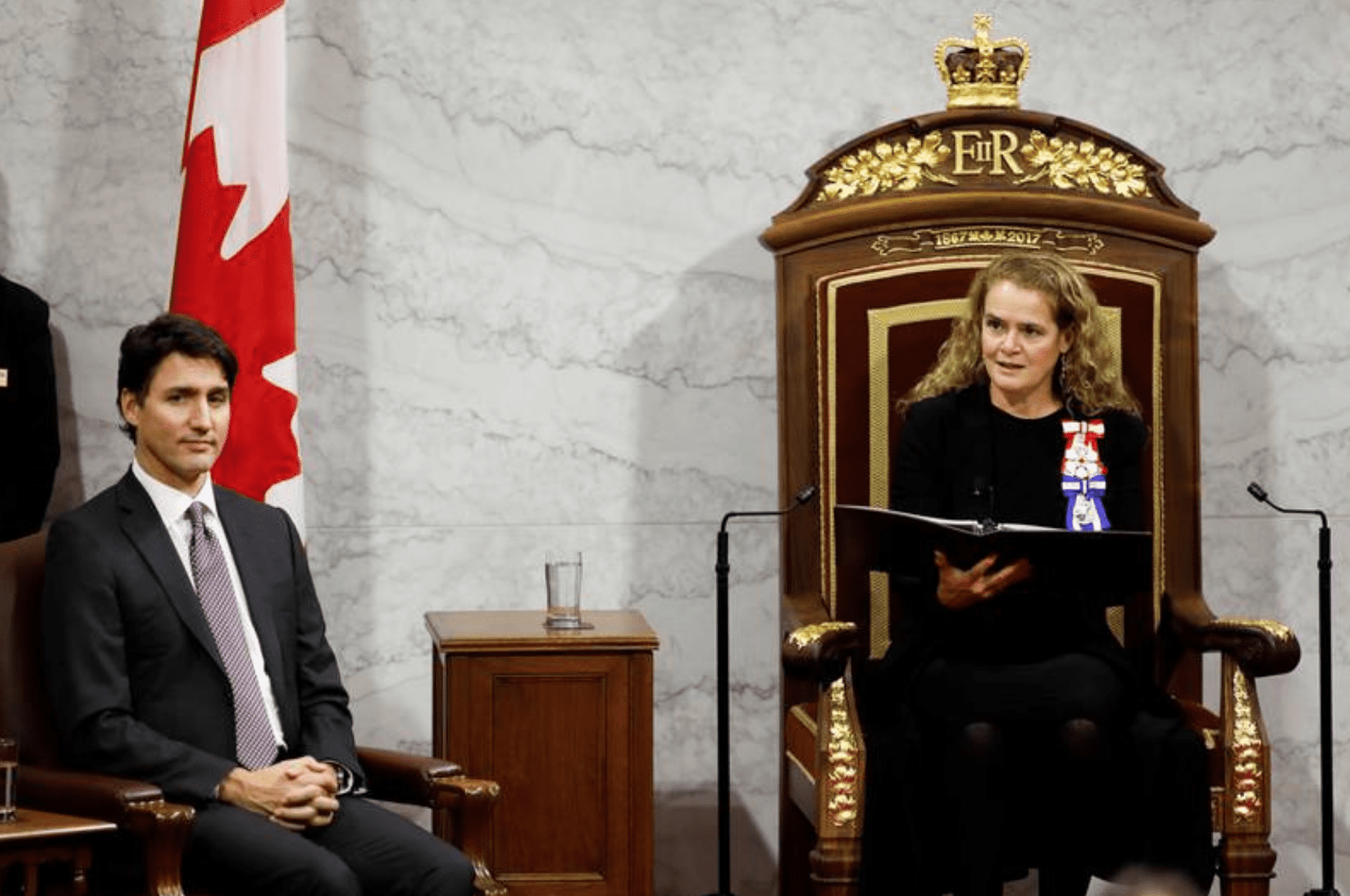 There has been a strange amount of concern among segments of the media lately about the fact that Prime Minister Justin Trudeau has not reached out to any of his opposition counterparts about the contents of his upcoming Speech from the Throne.  It's particularly unusual because even though we are currently in a hung parliament, there is absolutely no obligation for a prime minister in such a situation to reach out to his opponents in order to craft a partisan document that lays out his or her agenda.  In fact, it would be quite odd for that to happen because of what the Speech actually is.  Nevertheless, this perfectly normal turn of events is fuelling other narratives that are happening at the same time.

Those narratives are the constant game of election speculation, and as Paul Wells wrote, "Election Speculation is infinitely elastic.  If there's no election this fall, we'll be ready for one in the spring.  If there's none in the spring, we'll be full of hopes for next fall."  The pundit class has spent the last several weeks huffing poll numbers and getting political strategists to opine on when is the best time for a government to call one, or if an opposition party would find advantage in it, never mind that Trudeau has stated unequivocally that he doesn't want one in the middle of a global pandemic.  It's more than likely that the voting public would be angry enough at being forced to the polls less than a year after the last election that they would punish him for it (because Canadians apparently hate voting).

It's also not in new Conservative leader Erin O'Toole's interest to call an election because he needs time to establish himself, and his party is still in disarray after his predecessor, Andrew Scheer, spent nearly a million dollars of party funds and left organizational chaos in his wake.  Regardless of their protestations, the NDP remain broke and in debt from the last election, while the Bloc remain somewhat inscrutable in their own motives, as their demands that Trudeau and his chief of staff step down to allow Chrystia Freeland to take over don't seem to be going anywhere.

And we need to remind ourselves of just what a Throne Speech is about it's the broad vision of a government, which is going to be a fairly partisan affair.  The pomp and pageantry around it, and having the Governor General (or if you're really lucky, the Queen) read it is a reminder that it's the Crown's government.  That means that it's that government's vision that gets to be expressed and voted upon as a matter of confidence even in a hung parliament.  It will be up to a government to present a vision that they can maintain confidence with, but that means that they need to be smart about their politicking, not that they need to consult and get buy-in beforehand.

We also need to remind ourselves that a Throne Speech is not a budget.  Broad visions are not about details or implementation, which is where you would think you'd need to actually get the buy-in, especially if you're an opposition party.  After all, most everyone can agree that you want to make Canadians' lives better, but it's the details were things start to matter more than the bigger picture, feel-good platitudes that are more likely to be found in said Speech.  If you're in a hung parliament, you would think that if you were in the opposition, the time where you'd want to do the horse-trading with the government would be over the important stuff like the budget, as opposed to the vision statement.

I would also observe that precisely because we are in a hung parliament, we are seeing a great deal of projection happening from a certain segment of the pundit crowd who has a particularly wrong understanding of how our system works and is desperate for some kind of coalition-building to happen, usually because they are trying to normalize what life could be like under a system of proportional representation.  Coalitions or quasi-coalitions with supply-and-confidence agreements and such may sound great, and get to be touted as people putting aside differences in order to work together for the common good and all of that, but what they tend to do instead is obscure accountability, and make it more difficult for the government to actually accept the blame when things go wrong.  We've seen this amply in recent months with the quasi-unity government that happened in New Brunswick before this week's election.

Another problem with the coalition fans in the crowd is that they completely misunderstand the role of the Official Opposition.  If Trudeau were to consult with O'Toole in order to bring him on-side with his confidence vote, then O'Toole would be abdicating his primary responsibility, which is to hold the government to account, and to be ready to provide an alternative government if circumstances demand it.  It's O'Toole's job to vote against the Throne Speech regardless, and this segment of the pundit class doesn't seem to understand this very simple dynamic.  Now, if none of the parties are willing to support Trudeau and yet nobody wants to go to an election, then O'Toole may have to be creative about ensuring that some of his MPs miss the vote so that they don't accidentally bring the government down, but it's unlikely that will happen.

In spite of the fretting, it is more likely that Trudeau will craft a Speech that can get a certain amount of buy-in from the NDP, who will turn around and claim victory for the things in there, and pretend that they were engaged in a heroic struggle to make these gains when they were in fact pushing on an open door we've seen this time and again over the past six months of this pandemic.  Trudeau doesn't need to consult to make that happen but it will be up to the NDP to do more than just take credit, but to actually get serious about implementation when the budget does come down. 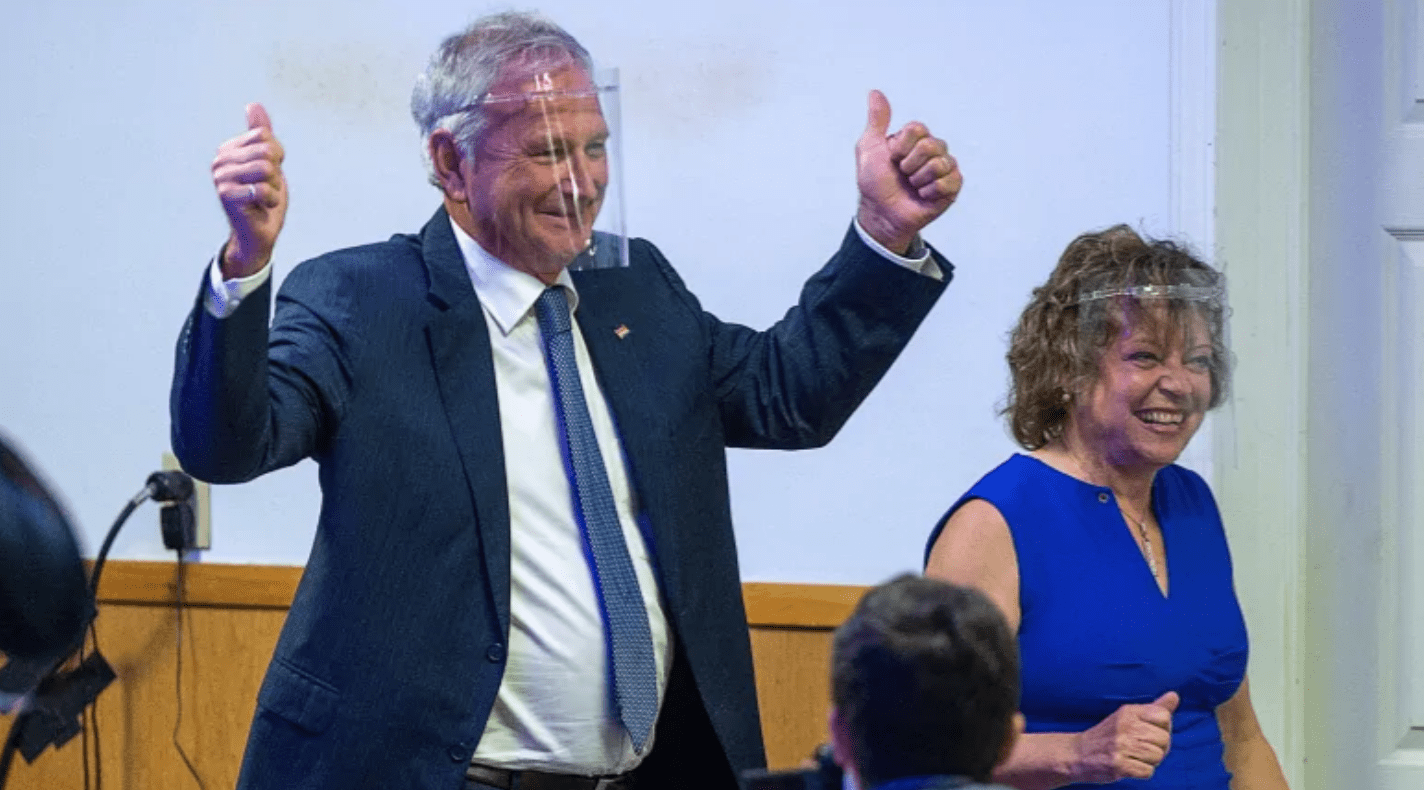 Blaine Higgs rolled the dice, and he won big.  He now leads a majority.  He demonstrated democracy can work during a pandemic.  Turnout was even up from the previous election, despite the pandemic.  And no covid-19 case seems to have originated from electoral activities.  And he left his opponents in shambles.

After cornering the opposition parties into rejecting his proposal to unanimously prop up his Progressive-Conservative government until the fall of 2022, Higgs basically called a referendum on that very question.  On the yes side, the PCs.  On the no side, opposition parties dividing the vote.

There is no doubt the results of this election will be analyzed by provincial and federal parties alike.  Justin Trudeau and John Horgan, particularly, must like the idea of getting rid of the minority situations they are in, and they now know that it can be done.  They also know that, despite many clamouring about the irresponsibility of calling an election during a pandemic, voters don't care much.  Life goes on, and so can an election.

Blaine Higgs will now govern without much care for the opposition's input.  The PCs' main competition remains the Liberal party, but they couldn't even get their leader, Kevin Vickers, elected.  The former House of Commons Sergeant-at-Arms, a Canadian hero who along with Cpl. Curtis Barrett shot down the gunman in Centre Block in 2014, was utterly and completely defeated.  Outplayed and outmanoeuvred by Higgs, Vickers walked away without even speaking to his partisans.  Likely emotionally defeated and distraught, Vickers resigned immediately as party leader, a sad moment for a Canadian hero, slayed by the People's Alliance in his own riding.

Defeating Vickers must have been a bittersweet moment for the new party, who lost a seat and is now reduced to fourth place with no influence on the government.  Higgs carried his minor partner around his neck through his first mandate, an anchor that was particularly heavy to carry in the northern part of the province, vastly francophone.  Acadians were already suspicious of Higgs because of his past anti-bilingualism statements, made during his bid to lead the now-defunct CoR.  Watching him govern with the support of the People's Alliance, a staunch anti-French party, didn't help improve their impression of him, and the PCs were shut out of the region, finishing in many french-heavy ridings in 3rd place, behind the Green Party.

But Higgs ne care pas.  He got his majority thanks to massive support in the anglophone southwest.  He is unencumbered by the People's Alliance.  He now faces a leaderless Liberal party as official opposition, a party that will now go through a cycle of leadership race and soul searching.  For Higgs, it will not get better than this.