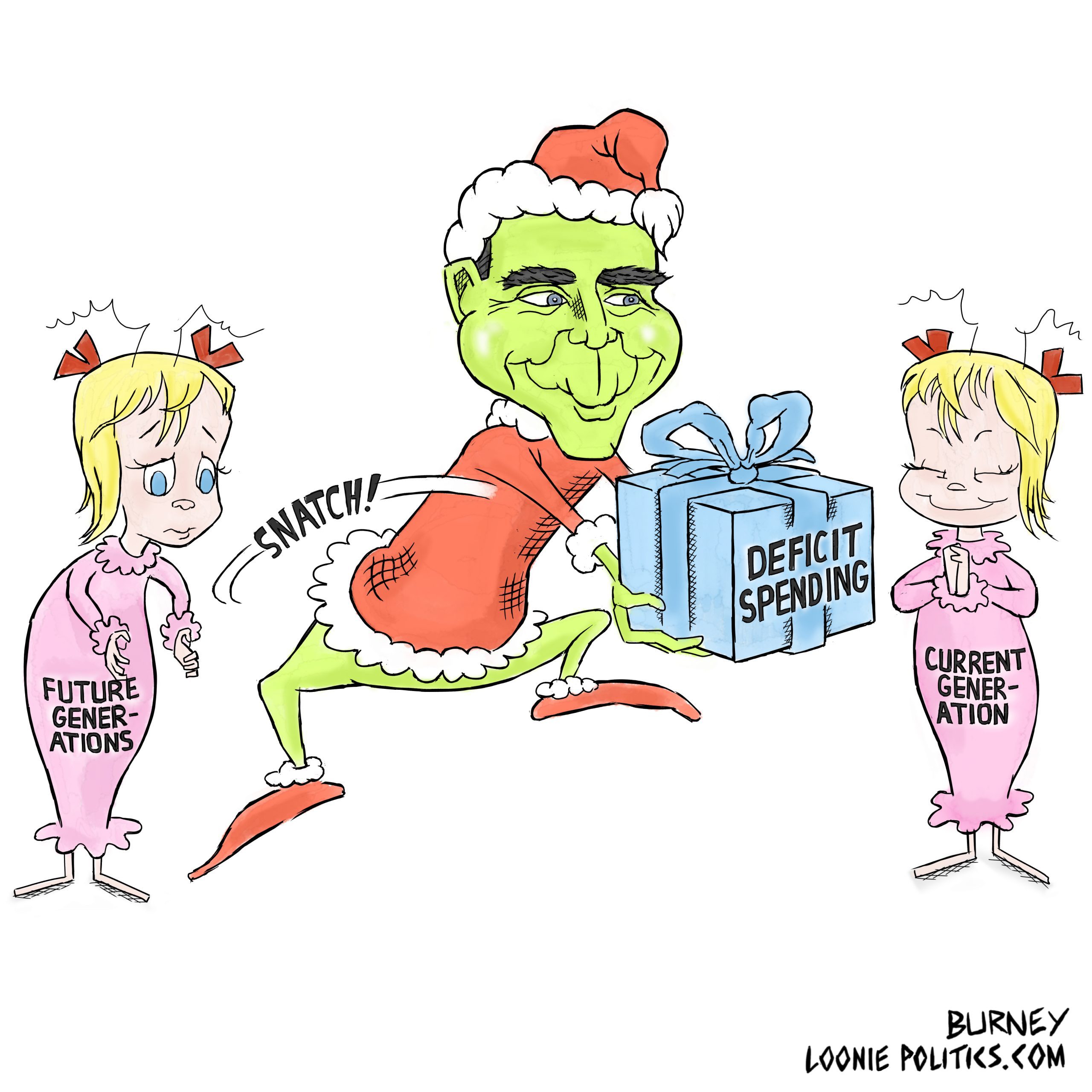 It is remarkable how our Finance Minister or imitation of same manages to deliver even the most appalling news or incoherent analysis smugly.  Con man or Alfred E. Neuman?  It's hard to tell.  Maybe even he doesn't know.

In reality that $343 billion is both a disaster and a shock.  As recently as the early morning of Update Day the CBC pontificated that "The exact number might be new, but it's already clear that the deficit likely will be in excess of $250 billion."  Well, yes.  By about 40%.

When it hit, Andrew Coyne tweeted: "Worse than the worst-case scenario.  Worse than the gloomiest projections.  Worse even than the soften-them-up-with-a-leak advance story.  And we're a quarter of the way through the fiscal year."  So Morneau breaks out the champagne.  Really?

Like everything else nowadays, the Update else reads like a campaign speech, condescending, banal and obtuse.  Including "As temporary investment measures come to an end and GDP recovers over time, deficits are expected to retreat."

To quote Bird and Fortune, "No price is too high for that kind of mature wisdom."  Not even $343 billion.  But you'd like to think there's a kind of Baghdad Bob thing going here, where the situation is so bad and so far from what he feels obliged to maintain that Morneau figures his credibility is shot so he might as well play it out and maybe transition to a career in comedy.

Including Morneau chortling that "Even after our historic investments, Canada will continue to hold its low-debt advantage.  This, combined with historically low interest rates, gave us the balance sheet to deploy our fiscal firepower to support Canadians through this".  Fiscal firepower?  What is anyone supposed to think he intends by that expression?  Is he destroying things?  Because normally it's what firepower does.  They don't keep the stuff in hospitals or on construction sites, you'll notice.

The Update deploys the same metaphor to even more rhetorically destructive effect.  "Canada entered this crisis on strong footing, with a net debt-to-GDP ratio considerably lower than its G7 peers.  Paired with historically low borrowing costs, the Government of Canada has the necessary fiscal firepower to be there for all Canadians and to pave the way for a prudent long-term recovery."  Pairing a footing with firepower to be there to pave the way?  James Joyce wouldn't try to get that past an editor.  Not even as a prank.

Behind the disconnected rhetorical wisps, the brute facts are, well, brutal.  Combine $231 billion in new spending with a $71.1 billion drop in tax revenue including $40.8 billion in income tax alone, and pretty soon you're talking real numbers.  But not very real.

As I've been saying from the outset, one problem with our response to the pandemic is that ever since John Maynard Keynes, with occasionally periods on the fiscal wagon, we've believed government borrowing isn't "real" borrowing because it creates the very wealth it hands out to grateful voters precisely by handing it out.  And yes, I'm still mad at the Tories for their $50 billion deficit in 2009, less for running short of money and running down to the bank than for their own patronizing insistence that balanced budgets and Ricardian equivalence theorem were all fine and good for textbooks, conferences and campaign speeches, but pragmatic sleeves-rolled-up people in the real world knew all that chatter about frugality was just red meat for the base.  In their hearts they were, like Nixon, all Keynesians now.

What Nixon actually said, in January 1971, was "I am now a Keynesian in economics" which he falsely believed would bring him respect from liberals who went right on hating him just as they went right on hating Harper.  But earlier Milton Friedman had said "In one sense, we are all Keynesians now; in another, nobody is any longer a Keynesian" so Nixon wasn't just uncool, he was late trying to be cool.  And that episode was half a century ago so how cool is it now?

To Morneau and Trudeau, very cool.  If they don't look worried it's not just because they are incapable of entertaining the idea that they might be doing something wrong.  It's because they truly believe that in the face of this unpleasant disease and draconian crackdown, there has been no real economic harm because the government magically created $343 billion in wealth to replace the stuff that mysteriously vanished when people stopped going to work and generating it by the sweat of their brows.

Hence the Update's "The federal government took on debt to reduce the amount Canadians had to take on".  It's only true if you don't think interest on government debt, and capital repayments on it, have to be paid by citizens.  Which these people don't.  Andrew Scheer complained that "what we didn't hear was any kind of plan to support the reopening of the economy" which frankly was a bit of a big-government approach to small government.  Why not just get out of the way?  But at least it acknowledged the need to create wealth privately.  Not the Liberals.

How not worried is Morneau?  Heck, he's pumped.  "We need to invest in an economy that is greener and more diverse.  This pandemic has identified clear gaps and it's giving us a chance to reset.  We witnessed the ways in which people were falling through the cracksâ€¦ In the coming months, we will need to come to these problems with dedication, compassion, and ingenuity."

To him, runaway borrowing is an opportunity he's been waiting for.  It's actually good that the pandemic happened, because it revealed how messed up capitalism was and now, facing a dozening of the projected deficit or however you say sudden multiplication by 12, and federal debt racing past a trillion dollars with no end in sight, he thinks he's rolling in dough with ample room to experiment because finally the government can create money without let or hindrance, free of all that silly public and partisan quibbling about repayment.  When the PM saunters out of his cottage, reaches into the air, and snags another billion or so every day, who needs oversight?

Know why they look happy?  Because they are happy.  They've always wanted to do this stuff.  And now they're creating free money in the quantities they always dreamed of and reshaping our economy and our shabby lives to be more worthy of them.  Or so we'd better hope because otherwise that $343.1 billion number is enough to wipe the smile off the silliest face.