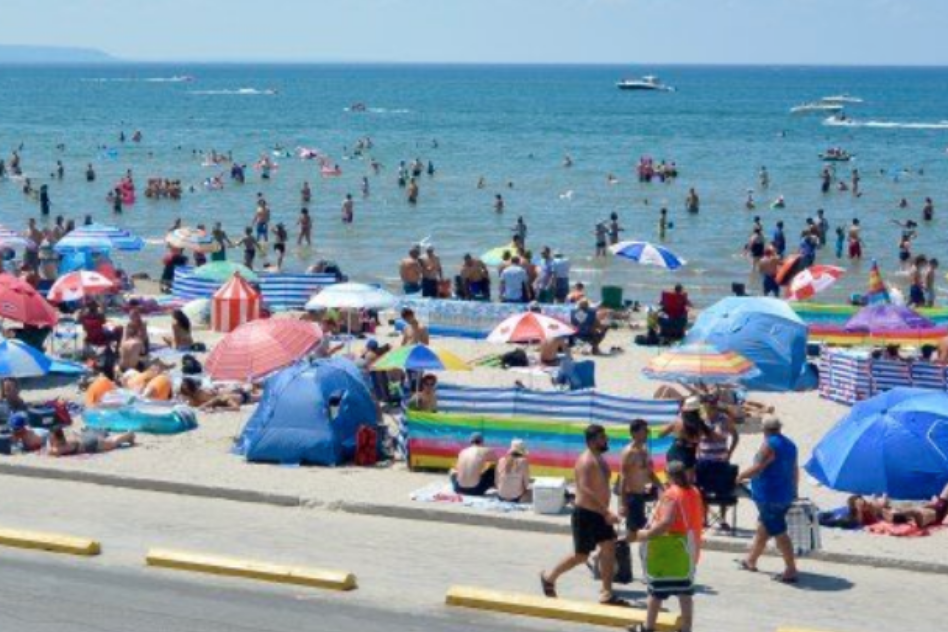 To paraphrase William Shakespeare, now is the summer of our discontent.

In fact, this is the summer when the whole world seems to be smothered in a hot steaming mess of discontentment.

Look around: there's protest and riots in the streets, fears about recession and runaway inflation abound and we're all spooked by a pandemic that hangs over our collective heads like a hungry vulture.

Plus, to make things even more difficult, stuff which we used to believe were happily non-political during our summer interludes, have now become points of bitter debate.

For example, the Halifax Chronicle-Herald created a bit of a fuss recently when it issued a "trigger warning" about our beloved Maple Leaf flag, noting that some people in this country find it to be a symbol of "oppression".

So yeah, I guess putting a Canadian flag on your porch this summer is now a potentially offensive political statement.

Nor can you escape political debate by going on an idyllic picnic or by relaxing on a beach, since such activities might possibly violate local "social distancing" bylaws.

"Stay home, you morons" is basically our new motto for the season.

Meanwhile, in the USA, the already nasty American presidential election promises to get even hotter, both literally and figuratively, in the upcoming weeks.

Note, for instance, how the Fourth of July weekend actually saw people debating whether or not the Mount Rushmore monument, one of America's most iconic landmarks, should be demolished.

What's next, debating the merits of apple pie, hot dogs and baseball?

And speaking of baseball, even sports won't be a carefree distraction this summer, given how politics has now infiltrated even the world of athletic diversions.  The NBA, for instance, will allow its players to wear special "social justice" jerseys, though I suppose such jerseys won't be allowed to violate the league's most important principle: making a profit.

So, don't expect any social justice jersey saying, "Free Hong Kong" to show up during a Raptors game.

There'll be no avoiding politics this summer.

And this is totally unusual, since during the hazy, crazy, lazy days of summer, people tend to tune out the problems of the outside world, so they can focus on other important issues, such as avoiding mosquito bites and wondering if there's enough beer in the cottage.

Indeed, politicians have always understood this dynamic, which is why they don't do much heavy lifting during the dog days of summer.

Rather than droning on and on about policy or giving barn burning partisan speeches, the summer was traditionally set aside for politicians to attend barbecues at which they would spend most of their time posing for awkward photo ops.

But, as already noted, this summer is different; if politics is running rampant in July and August, it means there might be a lot of political energy out there, energy political parties can tap.

In other words, rather than allowing their bases to relax, political parties might use the raging discontent as an opportunity to go on a fundraising offensive.

After all, like other businesses, the COVID-19 scare has certainly shattered the bottom lines for political parties; it's hard to raise money from people who are worried about whether or not they'll be alive in a week from now.

So, we could expect to see desperate fundraising letters from the Conservatives that say:

"Dear Donor, the forces of Marxist Woke Revolution are desecrating our national and civic symbols.  It's awful.  Send us money."

A letter from the NDP letter might go thusly:

"Dear Donor, the country is packed with racists!!  It's awful.  Send us money."

And finally, a Liberal letter will declare:

"Dear Donor, the racist Conservatives and the Marxist NDP are both bad.  Send us money".

Anyway, there's at least one positive side effect about this summer's discontent.

It'll give me stuff to write about.