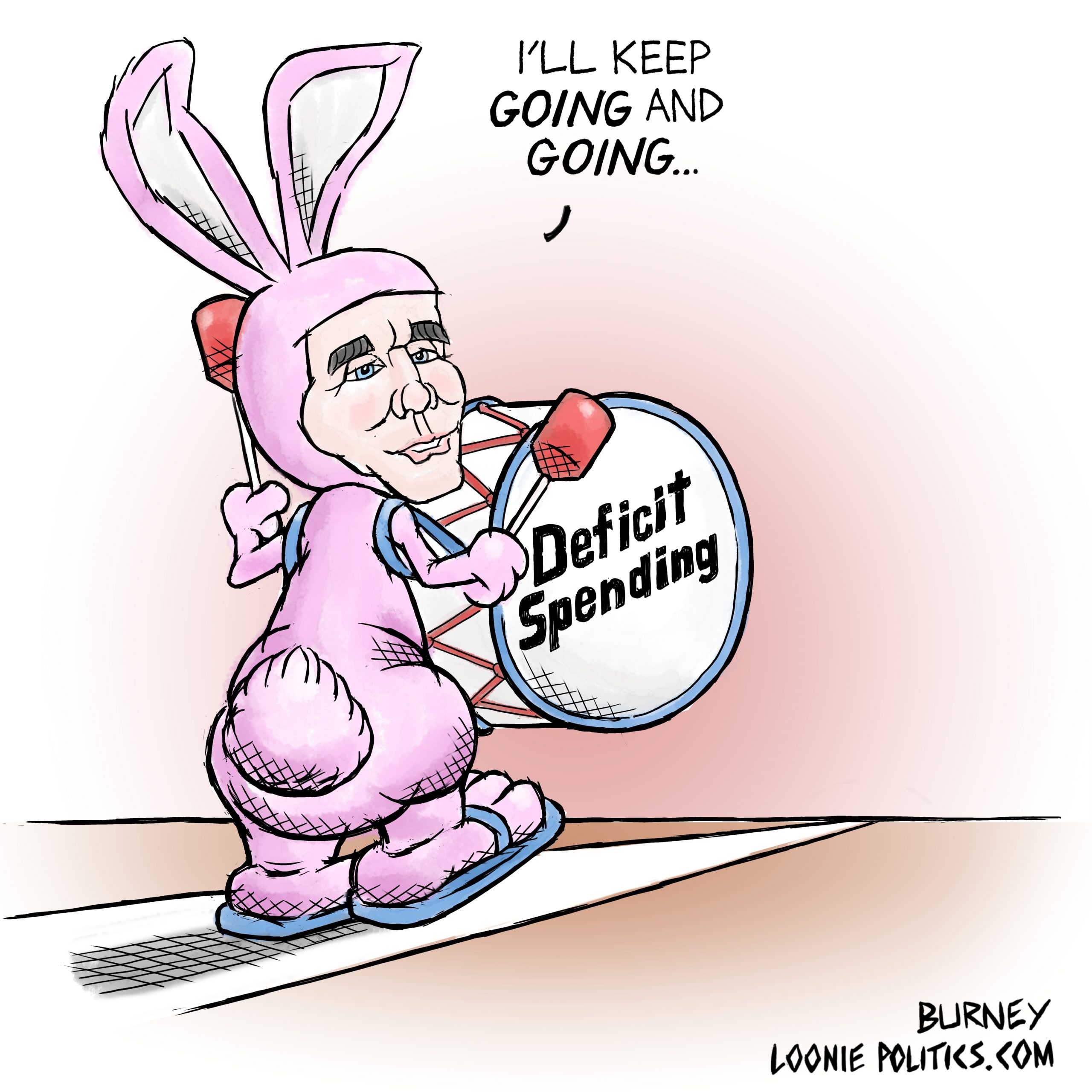 With the summer now here and the pace of news slowing, both as a function of how Ottawa operates and how the course of the COVID-19 pandemic has moved into a more stable phase, I thought I might engage in a little bit of idle speculation.  I've been talking to a number of people lately about how the government has handled the pandemic, and while everyone is looking at how their poll numbers have skyrocketed, fuelling the narrative of a possible snap election among certain corners of the pundit class for whom this remains on obsession, I wondered instead about some of the players involved over the past few months.  It occurred to me that if there was a bit of dead weight in the government's response to the pandemic, it's the one person who shouldn't be finance minister Bill Morneau.

The world is in the midst of an economic crisis the likes of which we have never seen before it's not a traditional recession, but rather an unprecedented demand-side shock brought on by the pandemic, and this has meant the need for billions of dollars in spending just to stabilize people's incomes (which is falsely being labelled "stimulus," even though it's most certainly not).  It has meant tens of billions of dollars in additional spending, and it happened as the anticipated federal budget was scrapped as everything went sideways.  You would think that at a time like this, you would have a finance minister who could stand up and offer some reassurances to the Canadian public and the global business community about what is happening, and what the next steps will be.

But this is Bill Morneau, so what do we get instead?  A mouthful of pabulum about how the government's fiscal balance sheet was strong before the crisis, and some bland assurances that they were going to be there for Canadians.  For a government that can't communicate its way out of a wet paper bag, no one is more emblematic of its failure to do so than Morneau.  We got far more clarity and candour from the previous Governor of the Bank of Canada, Stephen Poloz, when the crisis was unfolding, even though Poloz is very constrained in what he is able to say because he only controls the very limited levers of monetary policy and not fiscal policy, and needs to operate at arm's length from the government.  But Morneau seems to very much have been playing second fiddle to Poloz throughout the early days of the crisis, which is a problem.

We are expecting Morneau to unveil the government's fiscal "snapshot" in lieu of a budget or update this week, and something that has been missing are any kinds of projections.  They keep saying that it's impossible to project into next week let alone a year from now, but the telling mistake there is that the government hasn't been doing its own projections they've been aggregating the projections from the top 15 private sector banks and firms and using that figure, and those firms have made those projections known.  For Morneau not to use them is suspect to say the least.

It also hasn't gone unnoticed that Morneau has been a weak minister simply in the performance of his duties.  His inability to communicate means that he is completely ineffective at responding to his primary critic, Pierre Poilievre, sticking to scripted talking points that are complete non sequiturs to the questions being asked.  He doesn't seem to be able to keep his staff under control, given what we heard about their campaign of harassment against Jody Wilson-Raybould during the Double-Hyphen Affair, and the fact that he let SNC-Lavalin pull his strings in crafting and inserting the Deferred Prosecution Agreement legislation into a budget implementation bill is a red flag that nobody seems to have addressed.  We also haven't heard back about which minister's office leaked that Statistics Canada job report, and Morneau's office should be a prime suspect given this record of impudent behaviour.

The business community doesn't see Morneau as accessible in the way that other ministers have been to consultations, and considering that he is supposed to be the one minister that should be the conduit to business, this is a problem.  This was very much demonstrated by the way in which Morneau and his office completely botched the small business tax changes, where they ham-fistedly tried to ram them through without consulting beforehand and needing to backtrack throughout that summer, and Morneau's inability to communicate was seen by several observers as the incident after which the department of finance was marginalized in the current government something that would be unthinkable in any other government.  And even if this government isn't business-friendly, there should at least be a minister who can sell its vision to the business community.  That minister is not Morneau.

This isn't to say that Morneau was completely useless over the past five years he was initially brought in because of his expertise in pension reform, and he did accomplish that with the provinces early on.  But because that file is settled, and we are in a time of economic crisis, perhaps it's time to shake things up and bring in someone who is more competent, and more importantly, can communicate the recovery plan to the business community at a time where they need it.  So if not Morneau, then who?  The obvious choice would seem to be Jean-Yves Duclos, who is currently the Treasury Board president, because of his economic credentials and the fact that he has proven to be a more effective communicator than Morneau.  Another backbencher whose name was put forward to me was Francesco Sorbara, a two-term MP from the GTA whose previous life experience was in global financial markets, and would seem to be more qualified than Morneau based on his CV alone.  Suffice to say, that as some provinces start shuffling up their own Cabinets, and the summer lull coming, it could be the prime opportunity for Trudeau to put someone with a bit more heft into what is going to be one of the most important portfolios for the coming few years. 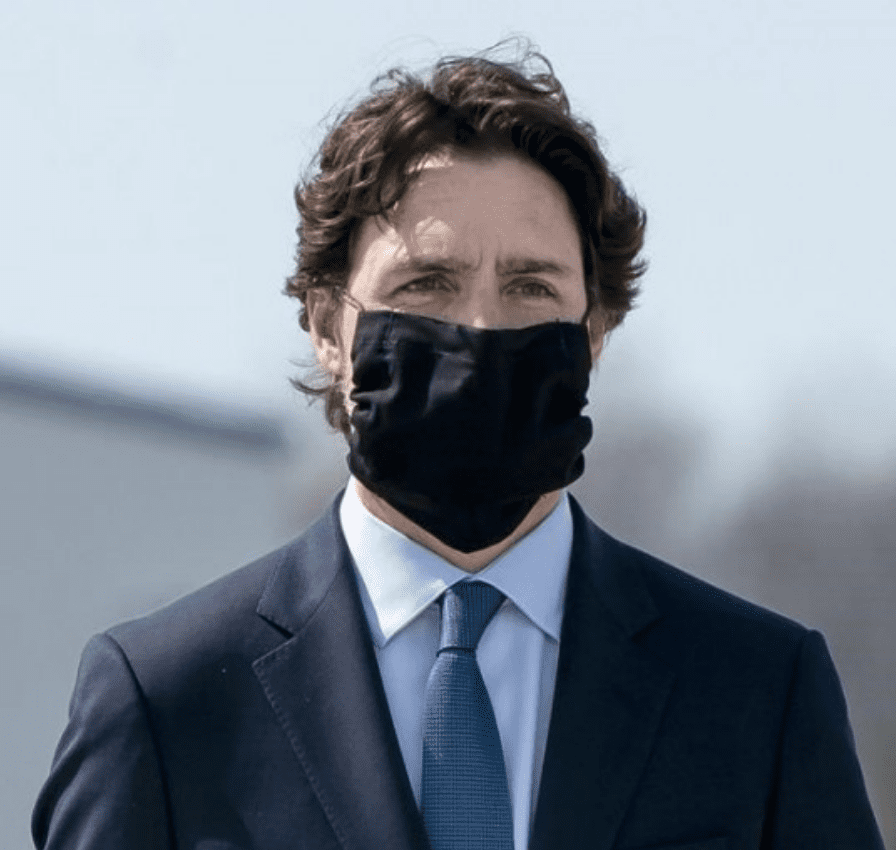 I can't count the number of "What will the world look like after COVID-19" stories I've seen going back even to April.

Ah how naÃ¯ve and optimistic we all were to think that this would be over in just a couple of weeks.  Indeed, my wife came across a 2020 planner the other day and could only laugh at the distant notion that anything could have once been planned at all this year.

Yet before contemplating that "after COVID-19" question, I'm stuck wondering whether "after" is something we'll ever see.

In some ways, life has returned to an adapted version of normal, at least on the surface.  Beaches were packed last weekend and the patio business is booming.  Sure, stores are open and toilet paper remains in stock, yet at the same time, we must still contend with lines to so much as enter banks and grocery stores, not to mention masks, masks and more masks.

I have no issue if people wish to wear masks; I had to when getting my long-overdue haircut a couple of weeks ago.  I have a serious issue with governments telling people what to do, however, which is why the mandatory mask orders we're seeing across Canada and the United States are concerning.

The City of Toronto mandated mask usage in indoor public spaces this past week.  As Canada's largest city we can surely expect other communities to follow suit.  The entire state of Texas also received such an order this week.

If this order came in March when community spread of the novel coronavirus was first appearing in Canada and the top priority was to "flatten the curve," it would make more sense.  But now, we're nearly four months into the pandemic, the curve is flatter than a Prairie skyline, and government officials are urging everyone to wear masks to save ourselves and each other.

They serve more as a reminder that we're one bad day away from the government shutting us all down once again.  And this sword of Damocles has nothing to do with public health.

It was just a few months ago that we were told not only that masks had no benefit, but that they could even be harmful for people to wear.  This transitioned into "wear a mask if it makes to feel better", then to "you must wear a mask".  And now we're in the "we'll prosecute you if you don't" phase, which is quite a bold flip flop, even by Canadian government standards in recent months.

This reversal, combined with otherwise mobile goalposts, makes it difficult to conclude there's even an appetite among lawmakers to return to normal rather than simply adopting the new normal.

At this rate, by the time COVID-19 rates are low enough to justify reopening everything, it will be just in time for next year's flu season.  While flu seasons have historically not been met with business closures and mandatory mask orders, this year will undoubtedly be different.  Canadians, not to mention people in most of the western world, have proven they are okay with drastic and irreparable response measures because political leaders say so, even when measured and nuanced responses could achieve the same health benefits without the economic cost.

As I wrote about a few weeks back, the mass attendance of Black Lives Matter protests including, in some cases, by public health officials and political leaders  without a correlating uptick in cases shatters the idea that mass gatherings are inherently a recipe for a second wave.

Critics will say that many demonstrators were wearing masks, which more than likely limited exposure.  I'd argue that proves my point better than anything, as people chose to without a legal mandate to do so.

The goal was never about obliterating coronavirus before people could sit down inside a restaurant, but rather to manage and slow the spread so people who do contract the virus are able to, in the extreme cases where necessary, access healthcare without hospitals being overburdened.

We did that.  Yet the restrictions are not just still in effect, but as the mask directive shows, expanding.

The longer temporary measures last the more people forget what life was like before them.