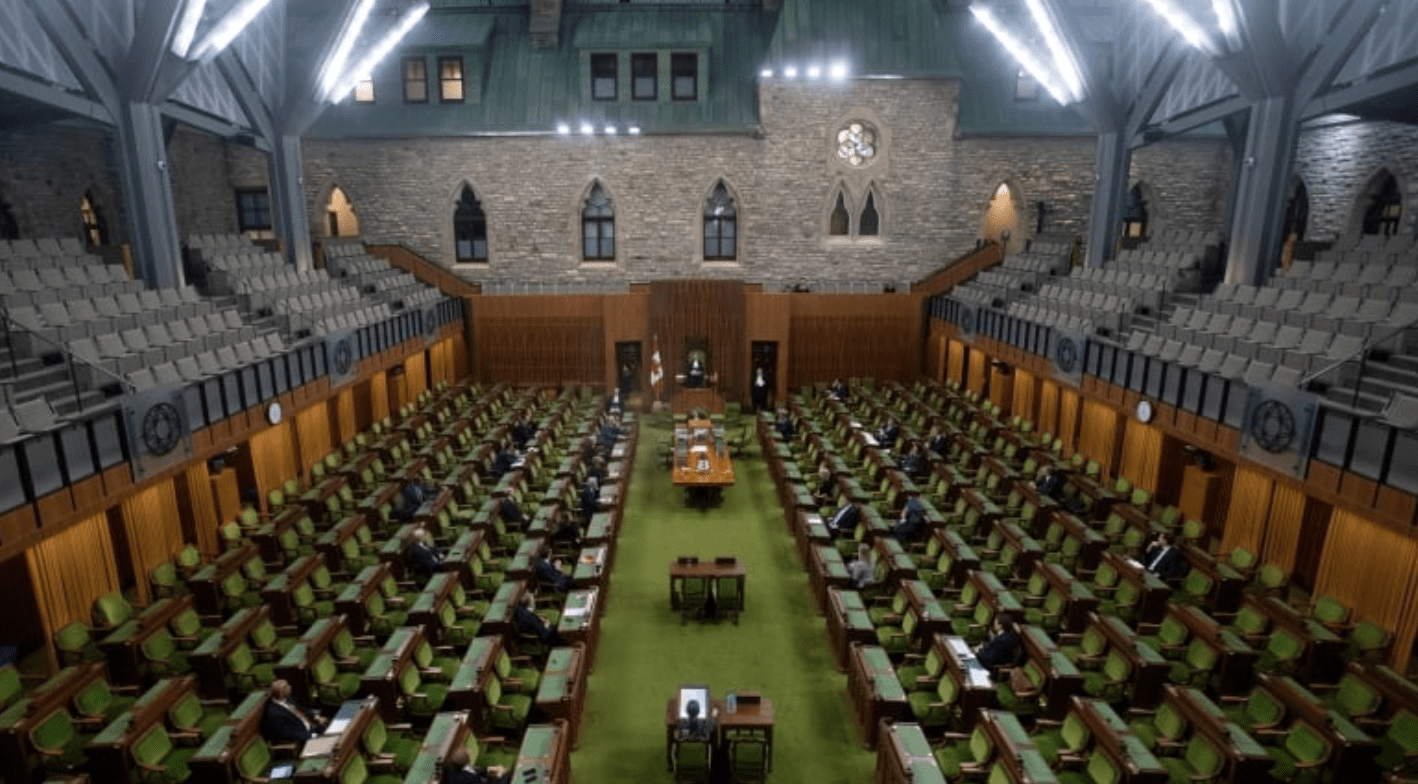 The capacity of our elected officials to continue to make themselves irrelevant has never seemed more pressing than it has over the course of this pandemic, where their insistence on avoiding proper sittings in Ottawa has meant that hundreds of billions of dollars in spending has been allowed to pass without scrutiny or even the merest hint of debate.  Instead of MPs doing their jobs, they have tasked the Auditor General with doing all of the due diligence with this spending once the horses have left the barn a situation that has piled work onto the AG's office without any additional resources being granted to do it.  And yet the demands continue.

The pattern continues to repeat itself as the Conservatives spend the weekend demanding that new AG Karen Hogan audit the outsourcing of the government's $900 million Canada Service Grant program to WE Charities, in spite of prime minister Justin Trudeau's insistence that it was the civil servants who decided that WE was the only organization capable of doing the job on the scale that was demanded of them.  While I'm not entirely buying the arguments that Trudeau's past involvement with the organization puts him into a conflict of interest, because there is absolutely no indication that this is the case, I am alarmed that this is one more case where MPs are simply demanding that the AG do their homework for them.

You would think that first course of action for MPs would be to use the tools at their disposal, such as working with the other opposition parties to call an emergency committee meeting so that they could call the relevant minister and deputy minister before them and demand that documentation on their recommendation around WE be produced, which they have the votes to do in a hung parliament, and if that didn't work, at the next sitting of the Commons they could put forward Order Paper questions to the same effect.  Alas, no it was to simply call in the AG.

Meanwhile, over in the Senate, I was rather taken by a speech that Senator Peter Harder made with regard to the Estimates bill that was passed at the end of last week which did actually see some debate and scrutiny, because the Senate was actually bothered to do its work and hold regular sittings, albeit with a reduced complement, which was more than MPs could be bothered to do.  In his speech, Harder made the point that because we have since started tasking the AG with value-for-money audits, which has grown to be a problematic practice. "I would have the Auditor General auditing, as auditors do, the verification of the integrity of the numbers; and Parliament should do the auditing with respect to whether value for money has been achieved," Harder suggested, which sounds imminently sensible and like things should be run.

But MPs have been slowly abdicating their responsibilities over the course of decades, both as the Estimates process has become increasingly Byzantine and opaque, and as more and more independent officers of parliament are created sometimes justifiably out of a need for subject-matter expertise such as with privacy, but often because MPs have become unwilling to do their own homework.  Government neutered the scrutiny of the Estimates back in 1968, when they pushed through changes to the Standing Orders that if the Estimates had not passed by a certain date, they would be deemed to have passed so that nothing MPs did could slow them up for reasons either legitimate or political.  The processes got even more opaque, and different accounting systems began being used between the Estimates, and the Public Accounts, so that spending couldn't be tracked any longer but we haven't seen MPs complain or push back.

In his speech, Harder recalled "When I got to the Treasury Board 25 years ago, and went through my first supply process, I said to my staff, 'This reminds me of Brezhnev's Moscow.'  'What do you mean by that?'  'Well, workers pretended to work and managers pretended to pay them.'  So we pretend to give information to Parliament and they pretend to hold us to account."  It's a damning indictment of the state of Parliament that has not improved in those 25 years, and has probably gotten worse.

To be fair, the current Liberal government did try to make reforms to the Estimates to better align with the budget cycle currently the Estimates are determined before the Budget, so their spending is based on the previous year's cycle, and then during the Supplementary Estimates process are brought more into line with what is in this year's budget but a recalcitrant bureaucracy appeared to have fought that attempt, and after Scott Brison's retirement, the impetus to continue it seems to have fallen away, meaning that the process continues to be opaque, and MPs simply outsource any analysis to the Parliamentary Budget Officer and take his word for what is in the documents, while they rubber-stamp them like they just did with the latest round of Estimates last week.

While it was heartening to hear over the past couple of months, as the government was hastily designing and pushing out emergency programs for the pandemic, that they were actively listening to MPs and taking their concerns seriously, the fact of the matter is that this kind of focus-grouping is the easy work of being an MP.  The actual hard work, the core constitutional function around holding government to account by keeping control over the public purse, and ensuring that money is accounted for before it goes out the door, has become the afterthought so much so that the vast majority of MPs don't even know that it's their constitutional duty.  And because they don't know, and more to the point don't care, they are happy to keep offloading their work onto these unaccountable independent officers of parliament.  Between this abdication of their duties, and the surrender of their powers to their leaders because of how those leaders are chosen, it raises the question of why we bother to have MPs at all anymore.  Their roles are supposed to matter and it would be great if MPs actually realized that and performed them.