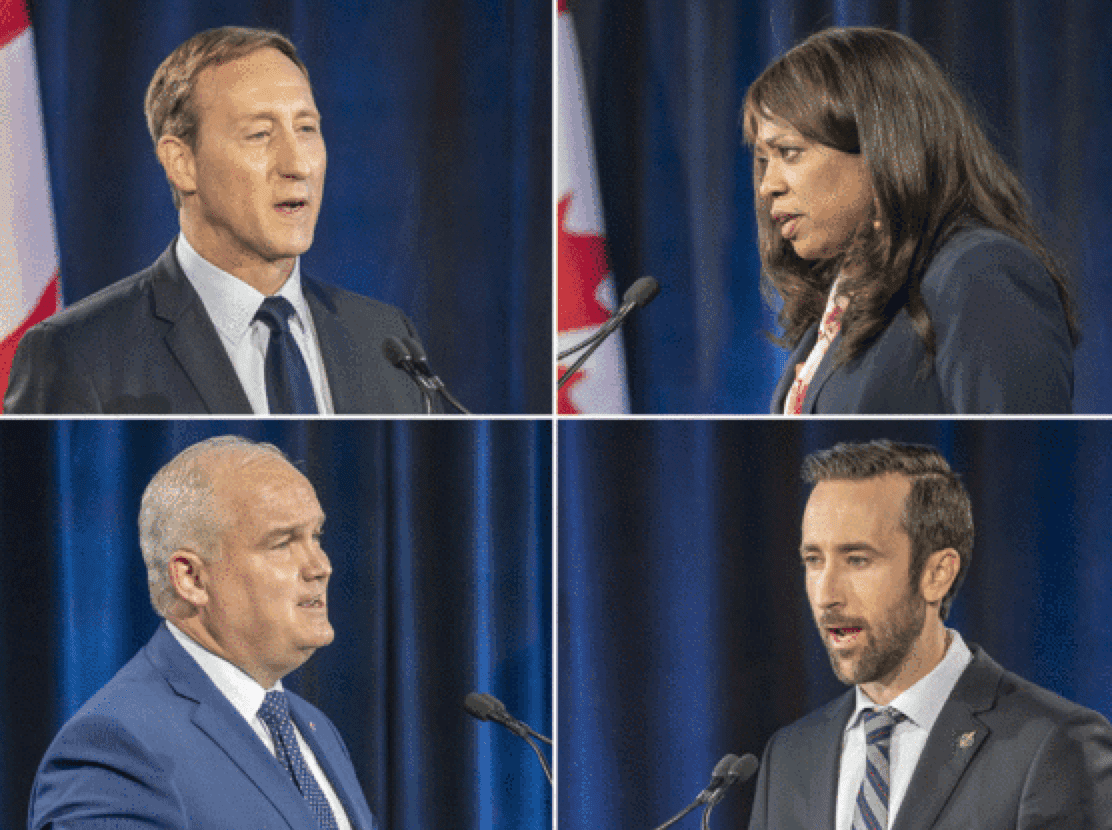 I don't know if there's a statue anywhere of 16th century Italian diplomat, philosopher and writer NiccolÃ² Machiavelli, but if there is one, I sure hope some mob, caught up in the current rage of statue desecration, doesn't take a sledge hammer to it.

I say that because Machiavelli has a special spot in my heart, as he's one of history's first political consultants.

Indeed, his best-known work, a book called The Prince, offered strategic guidance and wise counsel to the rulers of his day, a book, by the way, which is still useful in our modern age, since Machiavelli's teachings are based on the workings of human nature, which has pretty much remained the same over the span of time.

As a matter of fact, I'd argue that whoever wins the ongoing Conservative leadership race would do well to heed Machiavelli's sage advice from the past.

To show you what I mean, I've compiled a list of the top five Machiavellian principles the next Conservative leader should embrace, or at least understand.

Here they are in no particular order:

"Everyone sees what you appear to be, few experience what you really are."
If someone had explained this to Conservative Party leader Andrew Scheer four years ago, maybe he wouldn't be the quacking lame duck he is today.  After all, Canadian voters ultimately judged him, not on who he really was, but on what he appeared to be.  And, thanks to Liberal attacks and to the Conservative Party's inability to counter them, Scheer appeared to be a scary, right-wing ideologue.  Is it any wonder he lost?  The next Conservative leader needs to learn from this; the next leader must at least appear to be someone voters can get behind.  As Machiavelli also put it, "The vulgar crowd always is taken by appearances, and the world consists chiefly of the vulgar."

"Men are driven by two principal impulses, either by love or by fear"
Machiavelli's point here is pretty obvious.  Any good political communications message must resonate on an emotional level.  If a campaign's appeals are too complex or intellectual, if they focus too much on dry policies or on bloodless issues, it will fail.  In short, the goal in politics isn't to get the public to think, it's to get them to react.  So, the next Conservative leader will have to find out what emotional hot buttons it needs to push to win over the Canadian public.

"Since love and fear can hardly exist together, if we must choose between them, it is far safer to be feared than loved."
This is a truism former Conservative leader Stephen Harper understood quite well.  Harper led the party with savage discipline, keeping it united and more or less singing from the same hymn book.  By contrast, Scheer was less feared and thus was openly assailed from within his own ranks.  The takeaway from this is the next Conservative leader better be ready to crack the whip.  Again, as Machiavelli, noted: "He who wishes to be obeyed must know how to command".

"Nothing more difficult to plan, more doubtful of success, nor more dangerous to manage than a new system.  For the initiator has the enmity of all who would profit by the preservation of the old institution and merely lukewarm defenders in those who gain by the new ones. "
This is a warning about implementing grand and far reaching schemes, such as the usual Conservative promises of making big government less costly or less bureaucratic.  Such pledges are easier made than done; so, if the next Conservative leader wants to go that route, he or she should know it won't be easy, and should be ready for a fight.

So, there you have it; my top 5 tips from Machiavelli to the next Conservative leader.

Of course, some might say his advice is too cynical.

Yet, Machiavelli had an answer for that too, as he put it, "How we live is so different from how we ought to live that he who studies what ought to be done rather than what is done will learn the way to his downfall rather than to his preservation."