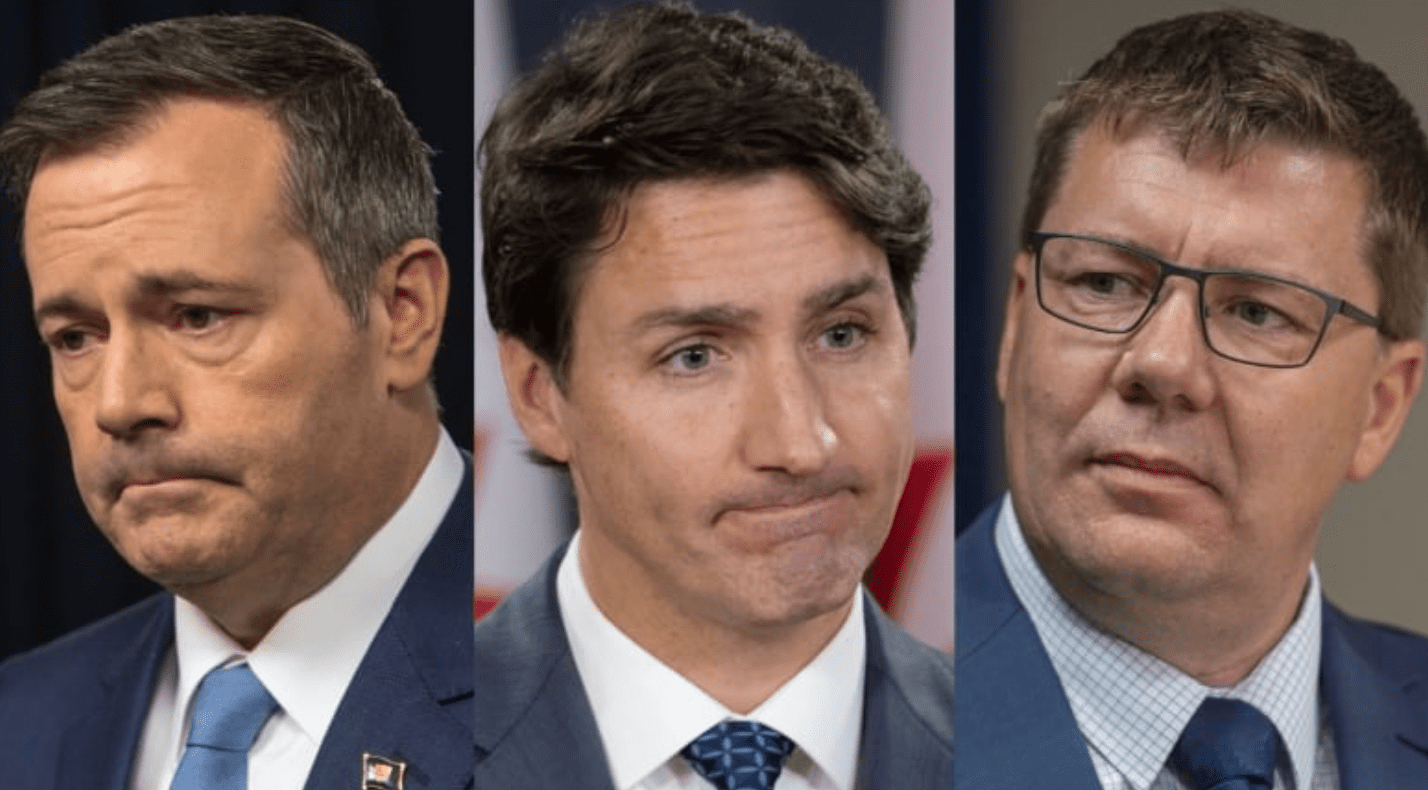 In the week since the election, there has been a never-ending stream of stories about just how angry Western Canada is now that Justin Trudeau is remaining in office, and the particular challenges that Trudeau faces with regards to ensuring proper representation in his Cabinet of that region now that they no longer have seats there.  Mixed in with all of this is a bunch of pearl-clutching about so-called separatist sentiment in Alberta, as though this was some kind of viable option that serious people were entertaining all while Alberta premier Jason Kenney and Saskatchewan premier Scott Moe swear up and down that they're federalists but there is this talk essentially playacting like gangsters going "nice country you have there shame if something were to happen to it."

The polls hadn't even been closed for twelve hours before Moe came out with an open letter to Trudeau, making demands that were absurd and unfeasible.  Jason Kenney made his own demands hours later, and in the days since, both have either added or modified their conditions, leading to not only as sense of incoherence as to what those premiers are looking for, but the substance of the demands are also absurd in and of themselves and many of them are out of the federal government's hands.  This hasn't stopped Moe and Kenney from raising the separatist threat (which is largely illusory), but both are making transparent attempts to stoke anger within their province to deflect attention from their own shortcomings particularly in Alberta, where Kenney just introduced a cut-heavy budget and put a lot of the blame on Trudeau.

Moe's initial demands were that Trudeau cancel the federal carbon price; that he commits to a new equalization formula that is "fair" for Saskatchewan and Alberta; and he demanded pipelines plural.  In the days since, Moe expanded on those demands, citing that he didn't expect equalization to be changed immediately but wanted a commitment that it be done by the end of 2020, and that in the meantime, Alberta, Saskatchewan and Newfoundland and Labrador should get a "one-time per capita payment."

The federal carbon price is obviously a non-starter, given that it is the cornerstone of Trudeau's environmental plan, and the whole point of a national carbon price floor is that provinces don't try to undercut one another in a race to the bottom not to mention in the election results, parties that were in favour of carbon pricing won the most seats by far.  The demand for multiple pipelines ignores that there are three in the process of construction right now where the hold-ups are outside of the Canadian government's hands, and that once those are in operation, there isn't enough production to merit yet more pipelines.  As for equalization, recall that sometime last year, Moe put forward a proposal to reform the program that included some level of per-capita funding to all provinces in the name of "fairness," which funnily enough isn't actually equalization and completely fails to grasp what the program is all about.  And yes, this is your reminder that provinces don't pay into equalization it comes out of federal income taxes, and because Albertans have the highest incomes in the country by far, they pay more income taxes than anyone else.  (Funny how that fact never gets mentioned).

For Kenney, his initial demands were that the federal government adopt the Conservative election campaign promise of the "national energy corridor," the repeal or overhaul of Bills C-69 and C-48, and guarantees around the completion of the Trans Mountain expansion, on top of equalization reform.  Since then, and the news that Encana was moving its headquarters to the US (while still maintaining all jobs and investments in Canada), Kenney made further demands that Trudeau meet with the premiers in short order and also demanded that Catherine McKenna be dumped as environment minister, calling her "anti-pipeline."  Kenney has also been repeating his pledge that if he doesn't get his way he'll hold a referendum on equalization, which would be nothing but theatre because it's a federal programme administered by the federal government, and the logic of trying to use the Clarity Act to force a constitutional discussion is a flawed legal argument.

Like Moe's, these are all demands that made little sense politically or logically for Trudeau to pursue.  The national energy corridor discussion has some level of merit in studies that were made, but much of the studies on the topic involved largely a rail corridor that has been co-opted for Scheer's purposes, and it would be a massive undertaking of negotiation with provinces, landowners, and affected First Nations where there are treaty and title rights that may need prior settlement before these kinds of talks can even begin something that a government in a minority parliament may not be able to commit to given the demands already placed upon them.  The conditions around Bills C-48 and C-69 were just hammered out in Parliament, and Kenney has consistently lied about their content and used them as a bogeyman when the pre-existing Harper environmental regime was one that simply resulted in less certainty and more litigation the point of the legislation being to avoid that.  The completion of TMX is not really up to Trudeau again while he's done everything possible to advance the project, any remaining hurdles are up to the courts, though the company has already been on a hiring spree with plans for pipe to go in the ground in weeks, if not days.  But most absurd of all is the demand that McKenna be fired as though Kenney would let Trudeau or any other first minister make demands about who he names to his own Cabinet.

The point of these demands, however, is simply to "prove" to Albertans that Trudeau isn't listening to them when he is unable to meet them for any of the reasons listed above.  That Kenney is using the threat of separatism is fed by the fact that naÃ¯ve journalists from Central Canada are taking the threats at face value and paying attention to loudmouthed nobodies and swivel-eyed loons because it makes for good headlines rather than there being any substance to them.  And for Kenney and by extension Moe to try and capitalize on the anger that they are fomenting is simply opportunism that needs to be called out.  Yes, there is legitimate frustration born out of economic anxiety as low oil and potash prices continue to hurt both provinces, but nothing Kenney or Moe are promising will actually solve those problems, and stoking anger is their way of deflecting blame.  Let's call that spade a spade.