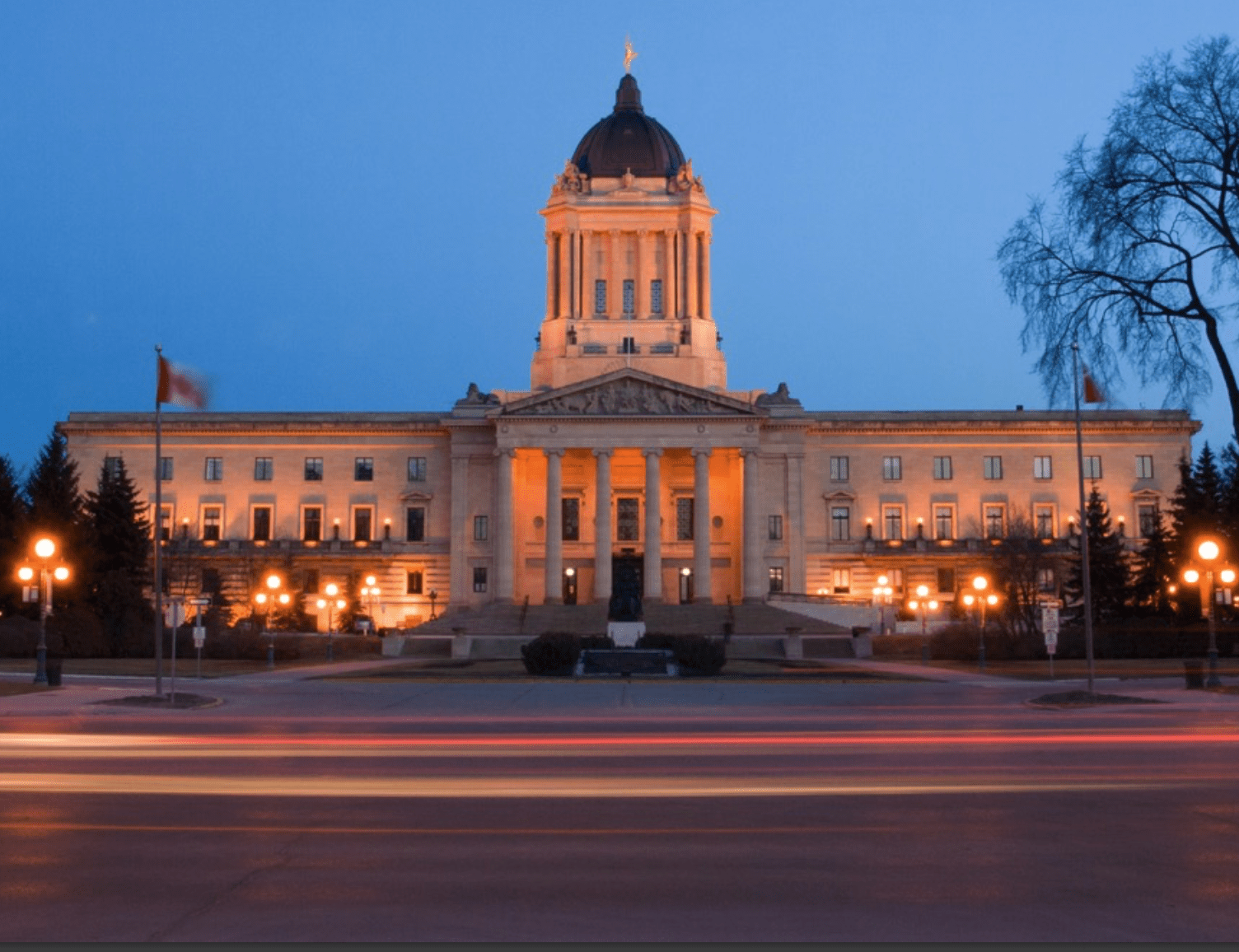 In geographical terms, "Western Canada" should refer to the four provinces west of Ontario.  Yet in the days before and after the 2019 federal election, when we talk about "Western" provinces, we include neither the westernmost province in the country nor the one immediately to Ontario's west.

It's easy to see why British Columbia is left out.  According to British economist Sir Paul Collier, "If you are coastal, you serve the world; if you are landlocked, you serve your neighbours."  B.C. has both an abundance of natural resources and unhindered access to tidewater, to say nothing of its classic Cascadian environmentalism.  The provincial government's efforts to restrict oil shipping may not have done much for national unity, but they are better positioned to be choosy.

My home province, Manitoba, is a slightly more curious case.  It is landlocked, except for the five months of the year when ships can access the Port of Churchill.  Its major economic sectors include agriculture, mining, and forestry.  It often seems to be ignored or dismissed by the rest of Canada.  People actually pay attention to the local CFL team.  The lion's share of provincial land is rural and almost entirely represented by Conservatives.  Its premier is a Conservative who has butted heads with the federal government over the carbon tax.

Yet that very premier, Brian Pallister, has little patience for the separatist-curious sentiments of his counterparts in Alberta and Saskatchewan.  "I listened to this from Quebec for years, and I don't like listening to it from Western Canadian friends of mine," he told CTV. " My wife and I have been together for 35 years, and we don't get stronger as a couple by threatening to leave every week."

He is not alone.  In recent memory, Manitoba has only had one cause to openly antagonize the federal government more so than usual for provincial governments, anyway when then-Prime Minister Brian Mulroney awarded a contract to build CF-18 fighter jets to Quebec's Bombardier instead of Manitoba's Bristol (now Magellan) Aerospace.  Even then, the major fallout was the creation of a new party that cried "The West wants in," with two out of three founders hailing from Alberta.

That was in 1986.  Since then, Manitoba's economic growth has been low, but steady, with strong diversification.  As of last year, according to Statista, the manufacturing sector is the 2nd largest contributor to provincial GDP, regardless of the CF-18 snub.  Meanwhile, the agriculture and resource extraction sectors are respectively the 10thand 13th largest contributors.  While the province does collect some royalties from oil and gas operations, the province's fiscal stability does not live or die by royalty revenue or crude prices.  Even if Manitobans were willing to welcome a pipeline  they won't be, and don't even ask its success or failure would have little tangible impact on the greater population or its morale.

Such a different economy from that of Alberta or Saskatchewan has naturally created a very different political culture.  Manitoba's premiers and mayors are happy to pillory the federal government when they need another level of government to blame for a stalled infrastructure project.  But they have little reason for their relationship with the feds to be fundamentally adversarial, even when the premier and the prime minister represent opposing parties.  However irritated Manitobans might be with the feds on a case-by-case basis, they have no reason to think they'll be better off alone, or with two provinces as their partners instead of nine.  There may be some sympathy for the separatist cause in pockets of rural Manitoba, but there is little chance of this sympathy going mainstream.

And so, Western separatism will be confined to two provinces with far greater dependence on their resource industries, zero direct tidewater access in any season, one government too stubborn to create more predictable revenue streams or promote any industry but energy, and another going along for that government's ride, promoted chiefly by a failed politician trying to bring back punchline of an outlet and another failed politician who has never had an outlet that wasn't a punchline.

If the prime minister isn't quaking in his hiking boots at the prospect, I think we can understand why. 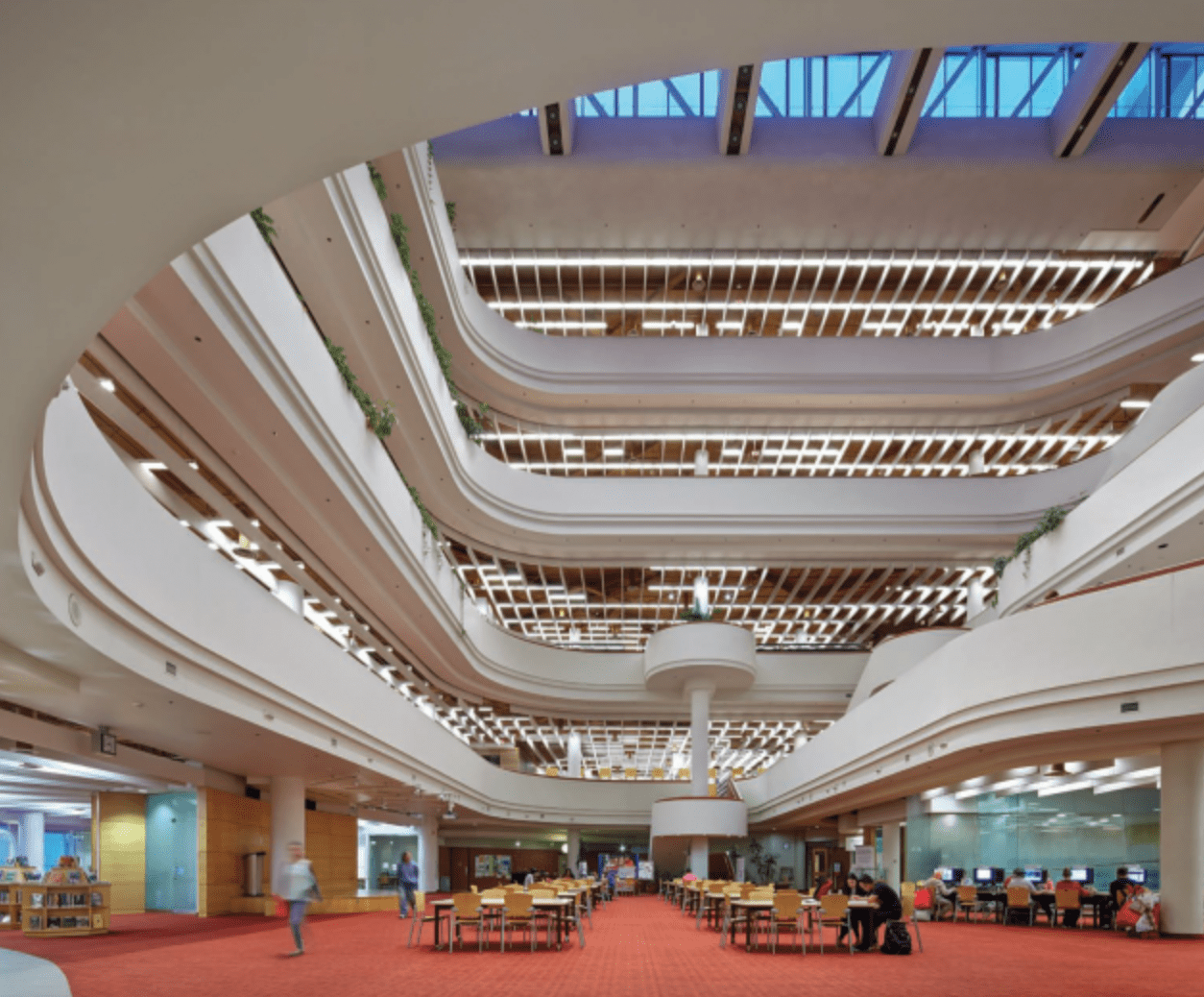 I've always appreciated librarians, though I admit I never envisioned they'd be on the front line of the culture war.

One in particular Toronto's chief librarian Vickery Bowles, who hasn't wavered in her commitment to free speech despite the siege against her by the media, activist groups, and even her boss, Mayor John Tory.

Not all heroes wield bookmarks and issue late fines, but this one does.

Next to universities, it's hard to imagine venues more suited to the pursuit of knowledge than libraries.  This commitment is as much a part of their legal mandate as it is their philosophical existence, given libraries' public nature.  It's also worth noting how they've become, as a friend of mine put it, community centres with books rather than simply lending outlets.

Such was the case with Radical Feminists Unite, the Toronto group that invited Feminist Current editor Meghan Murphy to speak in Toronto Tuesday evening.  Murphy, a radical feminist herself, is an outspoken critic of the idea that people with penises should be allowed to access all aspects of society meant for biological women, such as women's change rooms, women's prisons and shelters for abused women.

Everyone in Canada can identify and live how they wish, though government and society cannot compel others to accept such identification.  This is a complex problem, and whatever its answer is, it won't be found by trying to silence or shout over people engaging in the discussion.

Murphy is one of those whom it's unfortunately trendy to try to "deplatform," the modern parlance for the campaign to block speakers from having opportunities to speak.  Her ideas are offensive to many trans activists, as their ideas are to her presumably.  Yet in this divide, it's only one side the activists insisting the other side Murphy  should have to shut up.

"Debates like these serve to offer up trans life for public discussion, as something that people can have an opinion on  but other people's humanity should not be subject to your opinion," wrote trans author Gwen Benaway in Flare.

Even if one accepts Benaway's position that some debates are off limits, who gets to decide what discussions or more aptly what positions  shouldn't be heard?  Benaway would love to, it sounds, cede control to the Toronto Public Library, but only if it makes an agreeable decision.

Benaway says the library is no longer a "safe space" because it housed Murphy's talk.  Oddly, the activists shouting and swearing at attendees of the Murphy event as they left the venue didn't seem too eager to ensure a safe space for the people who came to hear a perspective that may or may not be their own.

Bowles certainly felt rightfully it wasn't her place to choose, based on contentiousness of a perspective, to deny it space.  I agree with this position morally, but it would seem to be, given libraries' status as government entities, to be a legal imperative as well, what with the Charter of Rights and Freedom's assurance that government won't curb free speech.

Bowles has been accused of transphobia, of being a partisan pawn, of being an alt-right fixture, and of being anti-LGBT rights, just because she stood up for free speech.  She didn't cower in the face of media criticism of this position, either.  Even when CBC Radio's Carol Off implied that this event was, somehow, connected to high rates of sexual assault of trans people.

Bowles' and the library's critics didn't seem to get that allowing debate is not picking a side.  It's the opposite, in fact.  As with any contentious subject, you have to discuss things to get anywhere.

Even John Tory's "disappointment" (which, frankly, is a good sign that you're doing something right) didn't dissuade the logical, yet still courageous, decision.

We're living in an era where the easy path is to go along with the mob and avoid the fight.  This would have been an understandable choice for a woman who likely went into her field because of its quiet and safe comforts.

The wrath of the mob is unpleasant, but it only grows when its hoards realize their power.  It takes courage to not cower when facing the pitchforks, but it's the right thing to do.

I'm glad a librarian in Toronto realized that.