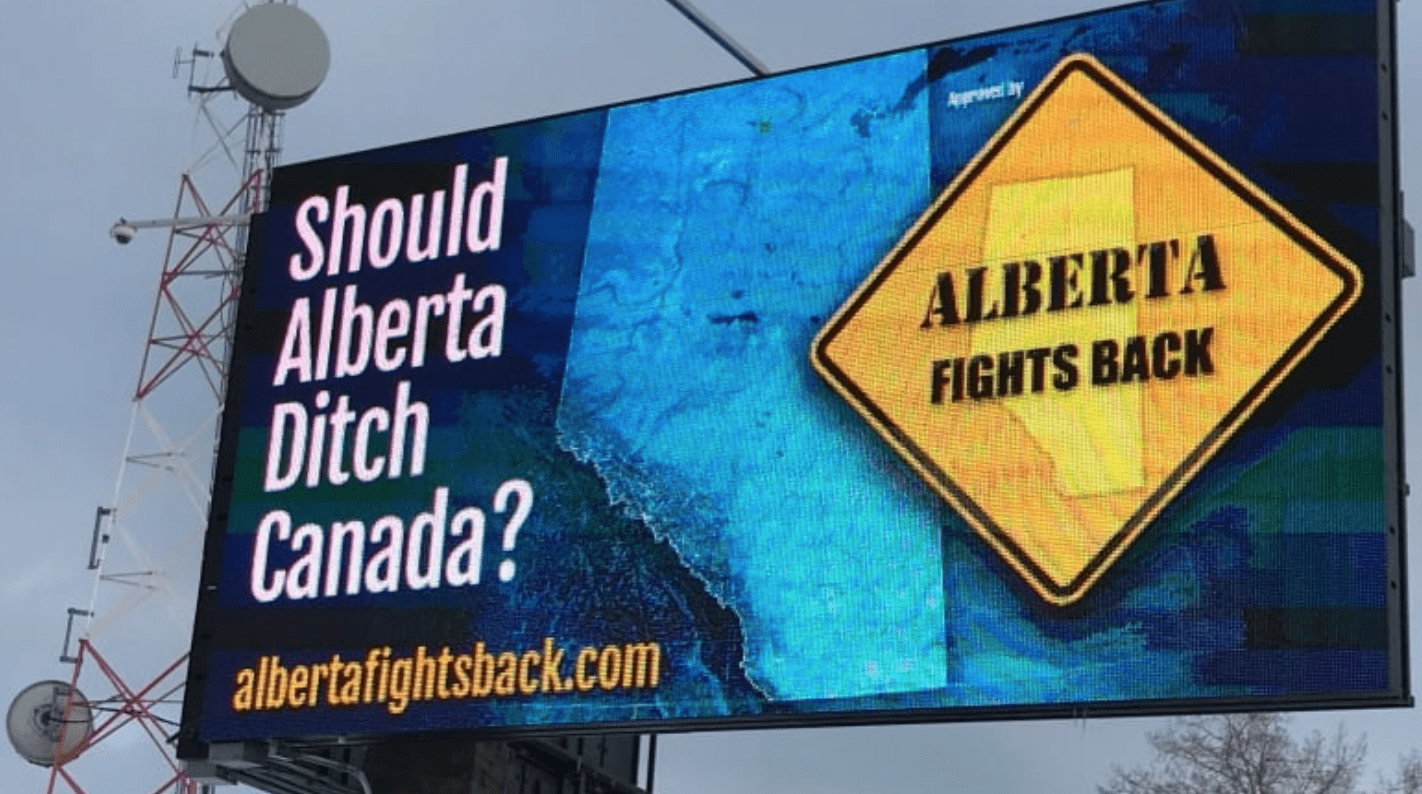 If I understand this Western Standard article correctly, Alberta separatism has awoken from a long hibernationâ€¦ which means that if they see their shadow, they'll go back to sleep.

And that's why Canadians had better hope that they don't see their shadow, because if they do, then Alberta, and, to a lesser extent the other Prairie provinces, are DONE.  They're hitting the bricks, gonna mosey, gonna sashay, clear out, vamoose, say adios, ciao, auf wiedersehn, sayonara, au revoir, hasta luego, Godspeed until we meet again WHICH WE WON'T because the West is really gonna do it this time.

The nascent #Wexit movement has already managed to saddle itself with a name that few can say out loud without laughing, but at least #Wexit has an advantage over the Canadian Conservative Reform Alliance Party (CCRAP), the Coalition Avenir du Quebec (CAQ), and the People's Party (PP) of Canada in that it doesn't sound like something you'd leave in the toilet.  But that doesn't matter, because the movement is trending on social media, which is all that matters in 2019.  All concerns about who's going to lead this unruly collection of Prairie folk or whether any of them can perform basic activities of daily living are moot.

It also doesn't matter that the corpse of Max Bernier's People's Party of Canada is barely cold.  While Max was a cringe trainwreck who stupidly focused on national rather than regional ambitions, THIS reform movement is based on LEGITIMATE anger expressed by strong and independent minded Westerners, at the Central Canadians bullies who won't stop being a bunch of meany pantses.  It's about calling the Prime Minister of the country treasonous while declaring you want nothing to do with Canada.  It's about complaining that Quebec gets special treatment when Quebec has their own culture, their own language, and undertook a collective transformation of their province in response to being dominated economically and culturally.

I'm not sure if the Western separatists are trying to do their best Greta Thunberg impressions, but there's a better than average chance that they'd yell "How Dare You!" at anyone who points out that nobody seems to have a Step 2 to this process beyond yelling on Twitter.  Some people are actually circulating a 100-year-old editorial cartoon showing rich Ontarians and Quebeckers in top hats and waistcoats milking a cow that's being fed by skinny farmers in Manitoba, Saskatchewan, and Alberta.  Think about that: for a century, you've been complaining about the same thing, wanting someone else to fix it, and are still expecting results.

You cannot, of course, call the aggrieved westerners entitled or ask them to work just a little harder or demonstrate a reason why they should be taken seriously after banging this drum for the past century, because then you're not compassionate enough.  It's bad enough when people of the left, such as the Bloc Quebecois or past Toronto mayoral candidate Jennifer Keesmaat pull this emotional blackmail.  When those ostensibly of the right do the same, it proves that it's a Liberal world and we all just live in it.

There is, of course, a solution to these regional woes, and that is culture change.  Canada is a place where we haven't quite made the separation between church and state.  Despite knowing our leaders from Prime Minister Blackface on down kind of suck, we still want to believe that they have godlike powers.  They, and not we, are supposed to do the right thing even though we give them no reason to.  But if you ask the conservative thought leaders in this country about culture change, they'll ask you, "Does culture change create one job?  How does culture change put more money in your pocket and help you get ahead?"

The complete lack of imagination at the top of the conservative pyramid is dispiriting, but, as ever, at least they have something resembling an orientation (jobs = good, everything that is not jobs = bad).  The #Wexiteers have nothing just a massive, sucking, black hole of hurt feelings.  100 years from now, they will still be the other Canadian separatist movement.  That, and not Central Canadian tone-deafness, is why they can be safely ignored. 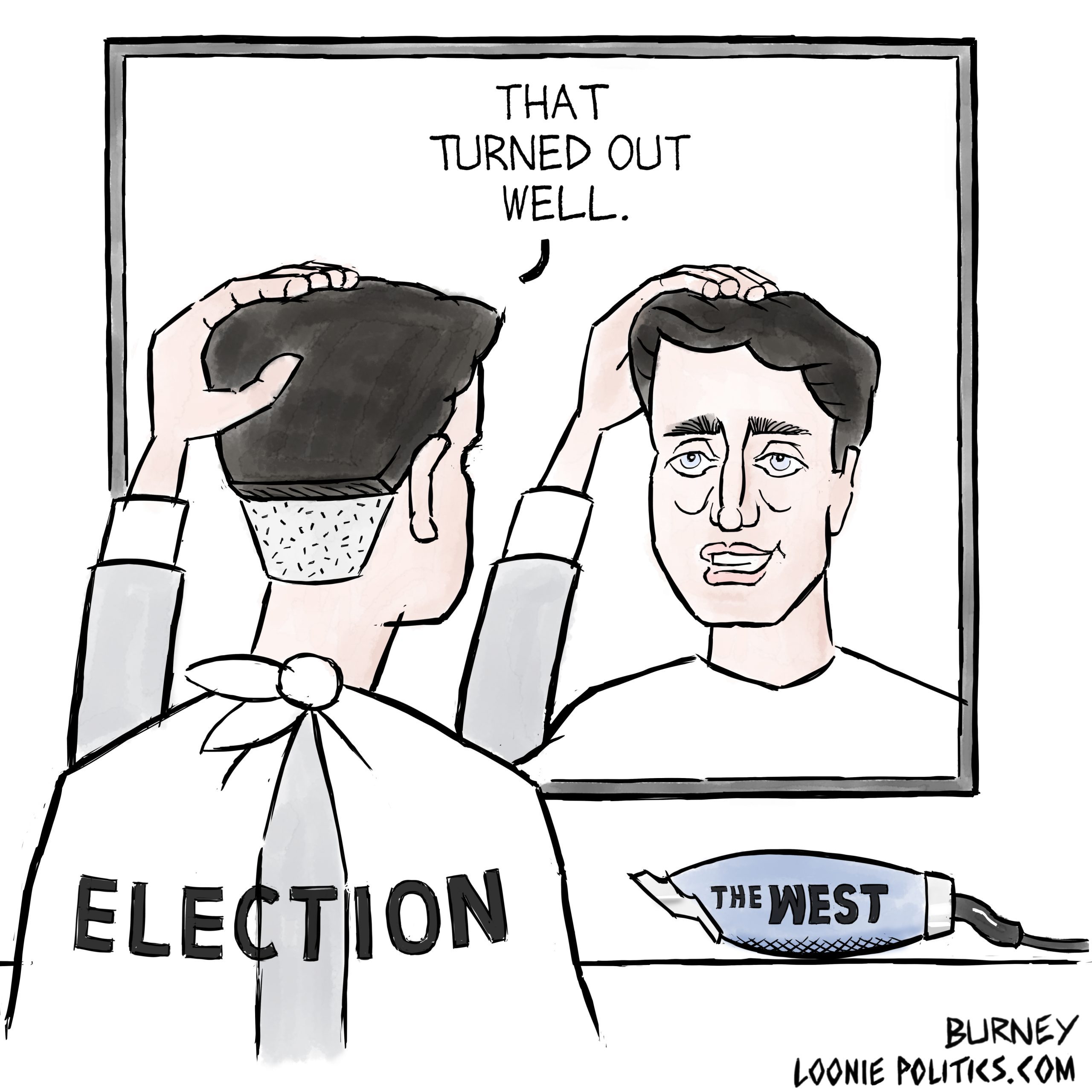 All the political post-mortems that have sprung up since Canadians went to the polls last week are based on a false premise, namely that the 2019 election is actually over.

I say that because whenever electoral warfare results in a minority government, it doesn't bring real political peace, it simply means the warring factions in this case the Liberals, Conservatives and NDP enter into a kind of ceasefire mode, an armistice, during which they can regroup and re-tool for when electoral hostilities resume.

With that in mind, I thought it'd be kind of fun to figure out how the three main political parties will prepare for the election's eventual continuation.

But one big difference will be the Liberal Party's attitude towards Quebec.

I strongly suspect a Liberal strategist has looked at the electoral map of Canada and put a big red circle around that province and said something like, "That's where we win our majority back!"

After all, the only thing separating the Liberals from a virtual sweep of Quebec was the unexpected rise of the Bloc Quebecois, a party which likely took root in thin soil.  In other words, in the minds of Liberals, many of those Bloc seats could very well go their way next time.

Hence, watch for the Liberal government to make catering to Quebec one of its top priorities, meaning Prime Minister Justin Trudeau likely won't interfere in Quebec's various attempts to control or regulate its minority population, meaning SNC-Lavalin will likely get an assist from the government to help ease its legal troubles, meaning huge truckloads of federal cash will make their way into La Belle Province.

Meanwhile, alienation or no, the Liberal government's obsession with Quebec will result in them largely ignoring the needs of Western Canada.  Sorry Westerners, it's nothing personal; the cold political calculations for the Liberals are obvious: they can win a majority without Alberta or Saskatchewan; they can't win one without Quebec.

So what about the Conservatives, the guys and gals who left the electoral table disappointed and despondent?

I believe they'll spend much of the next year trying to find a new champion to lead them into combat.

True, Scheer is a nice guy, and true he increased the Conservative seat and vote count from 2015, but at the end of the day he still lost, and lost to a prime minister who, bludgeoned by scandals, was wobbling.

And in politics, there's no greater sin than losing.

So we'll see a bitter and hotly contested Conservative leadership race, a race that'll pit the various Tory tribes against each other: Red Tories, social conservatives, libertarians, populists, etc.  It won't be pretty.

Who will emerge victorious?

Well, the Conservatives need a leader who can speak French fluently, who has some name recognition, who's tough, who can appeal to the party's base and who has some strong link to "seat-rich Ontario" so the choice is obvious: Stephen Harper.  (OK, that won't happen but it's fun to think about, yes?)

Finally, we come to the NDP.

Like Scheer, NDP leader Jagmeet Singh is a loser and some have already called for his dismissal.

Yet, unlike Scheer, Singh exceeded expectations which, let's face it, were pretty darn low so even though the party is in worse shape now than it was in 2015, he will likely stay on for another kick at the can.

Anyway, this means New Democrats will spend much of the next year trying to strengthen its fragile condition, by raising as much money possible and by trying to raise the profile of their leader, all the while they try to squeeze whatever ideological concessions they can out of the Liberal government in an  attempt to stay relevant.

So that's what we should expect from our parties as they prepare during this quasi-political peace for 2019 Election â€” Part II.

Who knows, maybe the sequel will be better than the original.