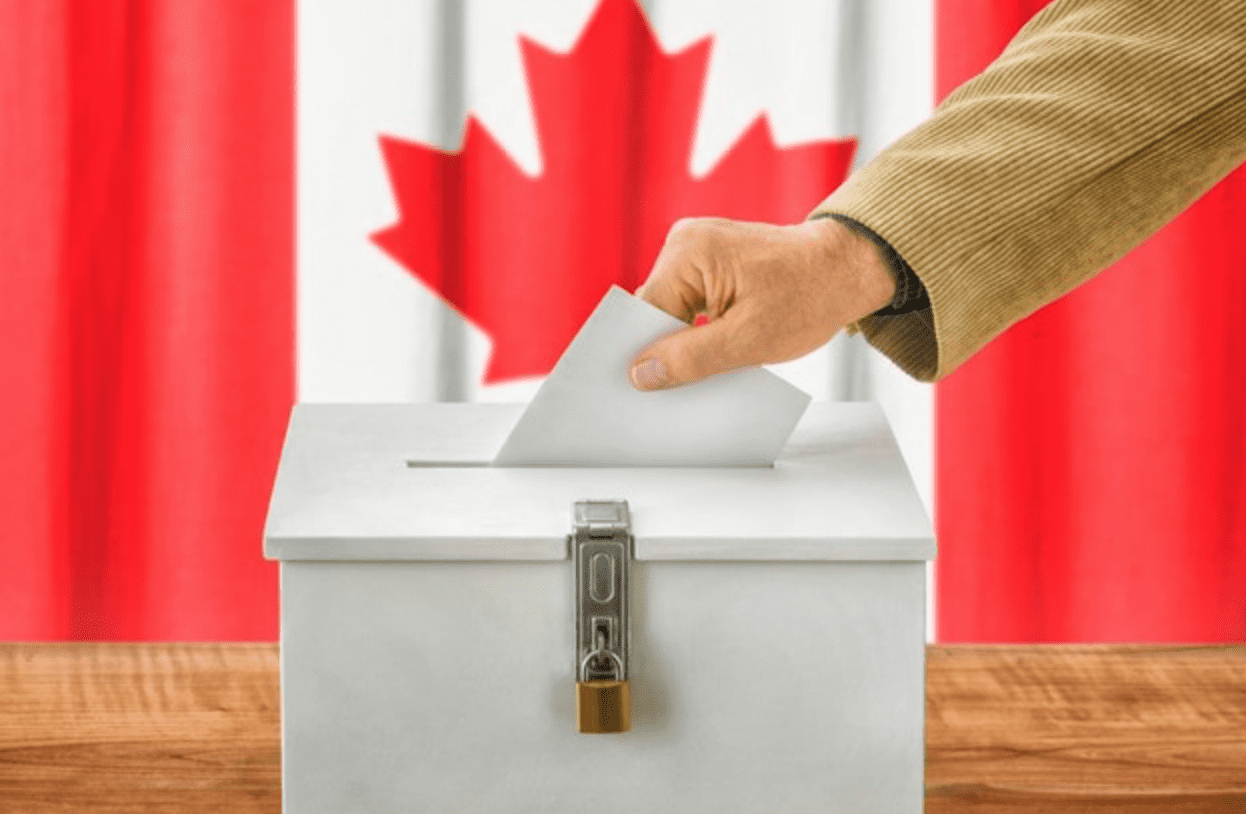 For weeks, we have endured the punditocracy declare that this is an election about "nothing," and pulling out the same tired clichÃ© that this is a "Seinfeld" election, which has been the media line for several elections, federal and provincial, even though its pop culture relevance is rapidly fading.  While I won't deny that there is a listless quality to this election, owing more to the fact that it was only triggered by the timing of the fixed election date rather than there being An Issue to be put to the voting population, there are nevertheless plenty of actual issues for voters to mull over, and for which we should actually be having a conversation about.  And yet, a certain amount of intellectual laziness and dare I say a lack of intestinal fortitude to discuss something beyond the menace of a deficit pervades the establishment discourse.

Let's start with the deficit question.  So much digital ink gets spilled on the pearl-clutching about whether or not a party will reach a balanced budget that it ignores the fact that this isn't the mid-90s and we're not facing a debt crisis in this country.  Yes, there is fiscal prudence, but there is also the reality of the sustainability of certain deficits in the current fiscal context, and whether that spending is being used on something that will have a lasting economic impact such as productivity gains, meaningful poverty reduction that will have longer-lasting gains for the country, or even something like better childcare options, which we have proof has economic gains in this country.  Nevertheless, the discussion remains stuck at the level of whether there will be a deficit or not, rather than the fact that there is minimal impact to deficit reduction in the short and medium term when in a low-interest-rate environment, new government debt is virtually free and that money could have a greater medium and long-term impact.

There is the fact that the attempts to make this election about "affordability" is built upon a sham premise, because that study showing that Canadians are a mere $200 away from insolvency at the end of every month is based on some particular assumptions that the parties ignore.  So they frame their promises around these supposed affordability anxieties, where the data show that the situation is not actually reflective of what they're saying.  The fact that there was almost no actual delving into this statistic which rapidly became a truism has allowed parties to let the rhetoric they've adopted to suit it go unchallenged, which has largely allowed this attempt to wedge the framing device to be uncontested.

To that end, what debate there has been around the proposals for tax measures has largely been superficial between the two main parties, which has been to the detriment of the coverage of the campaign.  Because the top-line numbers remain similar, there has seemed to be this shrugging in the discussion that says "Their plans are similar!  Who can tell the difference?" which is both wrong and irresponsible, whether that's because of the pervasive sense of "math is hard" among many journalists, or whether there is a discomfort with reading the analysis of how those measures are different.  Nevertheless, there are significant differences in how the plans work and how the measures affect different income levels that is largely being glossed over, and as a result, the real analysis that we're seeing has been from economists crunching the numbers over Twitter than in the mainstream discourse.

Climate change is another major issue in this election, but it's one that is getting shockingly little interrogation.  While most of the parties are making grand promises about how much they'll lower carbon emissions the Conservatives excepted there has been virtual silence in pressing the parties for details in terms of how they plan to achieve those reductions, particularly given that the environment is a shared jurisdiction with the provinces, and we've seen the battles that the current government has had with some of those provinces about getting the very basics of carbon pricing implemented.  This makes a number of those promises from the Greens and the NDP, in particular, to be highly suspect in terms of their feasibility, particularly at the pace they want to make the reductions (not to say that it's not necessary just that it's easier said than done).  Sure, there have been interviews with party leaders and spokespeople about the plans, but there seems to be little pushback when they handwave around those implementation questions.  But again, implementation matters, and that's what we should keep pressing in this election.

These are just a few examples of the things that do matter that are being put on offer to Canadians, but as soon as they're bought up, there has been a collective shrug, probably because nothing seems particularly sexy or because there isn't enough of an American political hook (given that everyone, media included, seems intent on carrying on with the Washington DC LARP).  But there is a significant choice being offered in this election, which boils down to a party that has a reasonably ambitious climate plan with a feasible implementation strategy, and whose use of deficit financing is geared toward meaningful poverty reduction or a party that is deficit-financing tax cuts that disproportionately benefit the wealthy for little economic impact, and for whose climate plan is a transparent attempt at doing absolutely nothing in the hopes that the good times will come back again to Alberta rather than accepting that we are in an era of prolonged low oil prices and that perhaps it's time to seriously think about how to transition the economy.  Add to that ways in which the parties are treating serious issues like race, Indigenous reconciliation, and Canada's place in the world, and there is actually a stark choice on offer, and the starkness of that choice is not being laid out as such by the mainstream voices.  It's not an election about nothing, and as we approach election day, we should be pushing back against attempts to describe it as such. 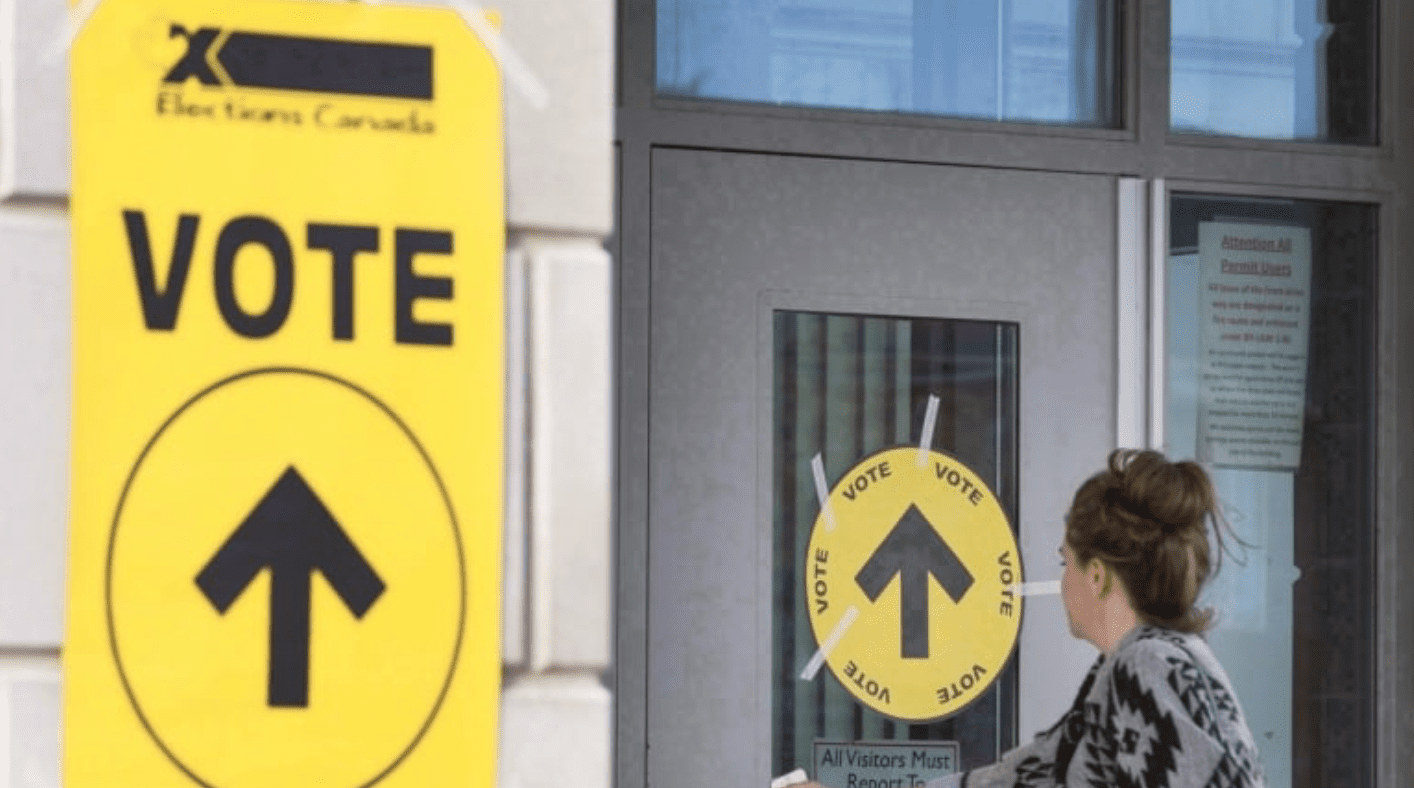 I don't know which political party is going to come out on top on October 21st, but one thing I do know for certain is, no matter who wins, there's going to be an awful lot of angry people on October 22nd.

After all, anger has been the one constant theme during this endurance contest of an election, so why should it be any different once our national nightmare is finally over.

For instance, if Prime Minister Justin Trudeau ends up winning the election, I suspect many Conservatives will be tempted to say something like, "Wow.  Anybody who voted Liberal must be a complete moron, since Trudeau is clearly nothing but a selfie-taking, corrupt joke."

And New Democrats might respond to a Liberal victory, thusly, "If you voted for a guy who once dressed in blackface, you must be OK with racism."

Meanwhile if the Conservatives win, I suspect Liberal supporters will rage on and on about the idiocy of ill-educated Canadian "deplorables" who voted for Conservative Party leader Andrew Scheer despite his homophobic desire to usher in an era of Medieval darkness.

Of course, if a Conservative victory is seen to be the result of the NDP eroding Trudeau's voter base, the Liberals will also chastise New Democratic voters as stupidly helping Scheer and thus betraying Canada's progressive ideals.

For their part, New Democrats would probably see a Scheer victory as evidence that Canada must be teeming with white nationalist, Fox news-watching, racists.

The point I'm making here is that there's a disturbing trend in our society, where instead of sticking to criticizing politicians, some political activists and media commentators have taken to viciously attacking their fellow citizens simply because they don't like the way they vote.

And citizens who are deemed to have voted "incorrectly" aren't just portrayed as wrong on the issues, but as bad people.

We certainly observed such a phenomenon take place after the last US presidential election which saw Donald Trump elected President.

For example, just days after Trump's victory, journalist Lauren Pelley scolded the 53 percent of white American women who didn't vote for Hillary Clinton, suggesting they had failed the "feminist cause."

Sheesh John, speak for yourself!

I realize, of course, demonizing the other side is a good way to whip up a base and to garner donations and to generate clicks; heck, in my career I've done more than my fair share of demonizing, but, in my view, when you expand such attacks to include regular citizens, that's bad for democracy.

Surely a healthy, vibrant democratic society is one where citizens can respect the political views of other citizens even if they don't agree with them.

We need to keep in mind that when individuals cast their ballots, they do so in the genuine belief that their choice will help make the country a better place, whether that means their supporting "blackface" Trudeau or "Bible-thumping" Scheer.

So with that in mind, I'm making this plea.

If your side loses the election next week, please don't blame voters and call them "stupid" or "racist" or "morons" instead blame your own party for not making persuasive enough arguments.

In my experience, voters tend to make the right decision based on the facts and arguments that are put before them.

Indeed, isn't that the basic premise of democracy?

Sure, we can be upset if our side loses, but as Abraham Lincoln once suggested we should also have "a patient confidence in the ultimate justice of the people."

Anyway, all I'm saying is people can vote for a party you don't like and still be a good people.