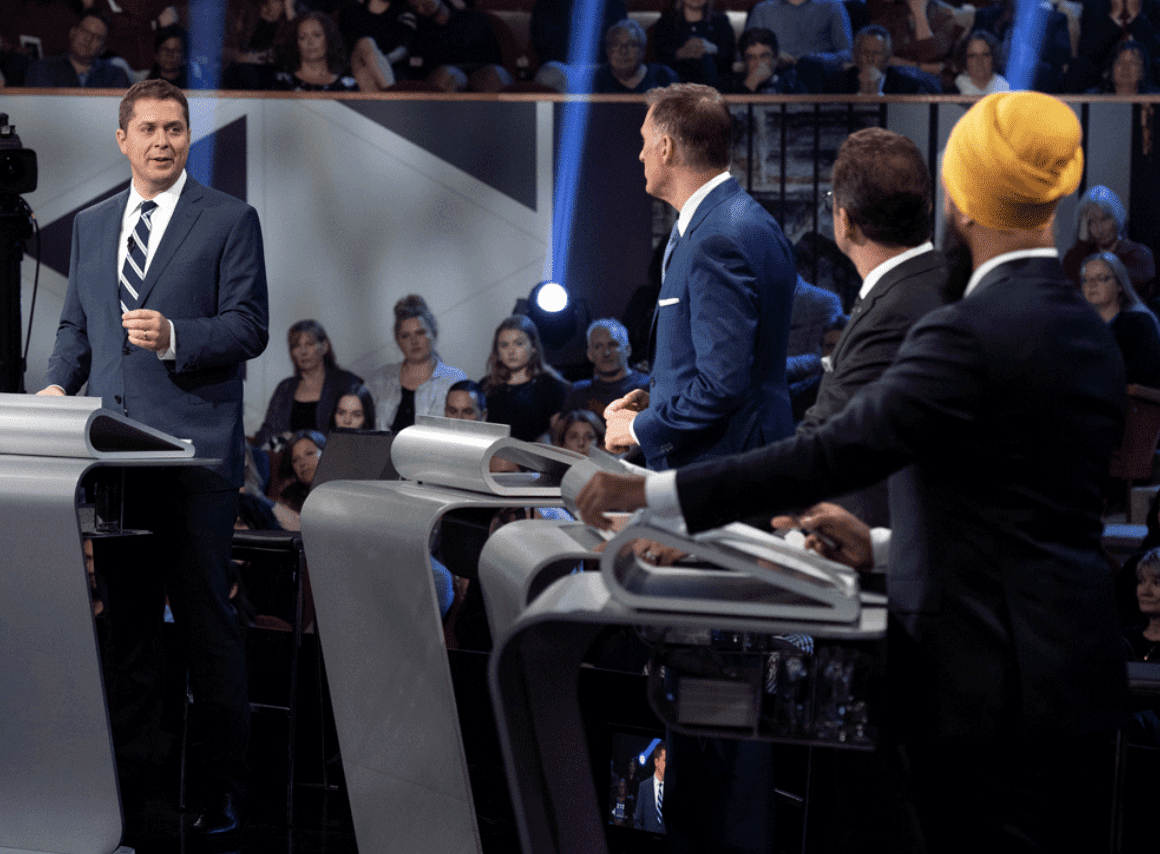 If one good change comes from the next parliament, it will be the obliteration of this commission that never should have existed in the first place.

When that happens, I'll be proud that I helped strike a blow against it.  Just over two hours before Monday night's English debate commenced, a Federal Court judge ordered the Leaders' Debates Commission to accredit me and two journalists from Rebel News to cover the debate from the media room.

My case will go into the law record as Lawton v Canada, which wasn't exactly a line-item I was expecting to have on my resume but it's grown on me.

The Rebel reporters' and my requests to cover the debate had been denied by the commission and the Parliamentary Press Gallery, to whom the commission had, for reasons still unclear, outsourced its accreditation duties.  The rejection came on Friday  just one business day before the debate on the grounds that Rebel and True North, for whom I covered the debate, are "actively involved in advocacy."

I won't speak for Rebel, but in True North's case this simply isn't true.  And even if it were, it shouldn't matter given the volume of organizations like the Toronto Star and National Observer who actively advocate but still received accreditation.

The battle to be recognized as accredited is one I've been fighting with the Liberal Party of Canada's campaign team for the last couple of weeks, as I wrote about in a previous column.  The Liberals have a moral imperative, I think, to let journalists cover them.  The federal government has a legal imperative, on which my case against the commission was based.

Moreover, the process by which the rejection came about was based on a policy drafted just one day before I was told I'd been excluded.  The policy was created to justify a decision that had already been made.

Thanks to a court injunction, this sham of a process was exposed.  All of this was inevitable with the bureaucratization of something that the private sector had always handled completely capably.

The last election, in 2015, was one in which media organizations outside the usual consortium of broadcasters that have historically put together leaders' debates decided they each wanted a piece of the action.  And so Maclean's, the Globe and Mail and Munk Debates all hosted their own debates with unique formats and flavours, and added opportunities for Canadians to hear from those vying to be prime minister.

As could be expected, some were better than others.  Taxpayers weren't on the hook for them, and no eleventh hour press freedom court cases were required.

This year, Maclean's did the same.  Justin Trudeau didn't show up, using his presence in the official debate as cover.  When Trudeau didn't accept an invitation to the Munk Debates foreign policy showdown, the organization cancelled the debate.  Trudeau will manage to get through this campaign having done only one English language debate the one hosted by the government commission he set up.

Government's involvement in anything will invariably complicate it.  This week's debates are no exception to that.  Just look at the format.

This isn't a knock at the moderators, three of whom I've had numerous positive interactions with over the years.

Coincidentally, I was sitting near Dawna Friesen on a flight from Ottawa to Toronto the next day, and nearly congratulated her on imposing such discipline in an otherwise raucous debate (though I thought better of it when I realized she'd likely been tired of hearing people speak).

But this idea of rotating through moderators like some national speed dating ritual, while throwing to scripted questions in random spots around the country, ended up breaking the cardinal rule of debates: keep it about the candidates.

By the end of it, I don't think anyone can say we were better served by the government's role in all this.  In fact, it was the Liberal government's directive in forming the commission that there'd only be two debates  one in English and one in French.

Former governor general David Johnston, selected because he was an "eminent Canadian" with broad appeal, has gone from being Canada's viceroy to presiding over a commission so incompetent it couldn't even manage to ban journalists all that effectively. 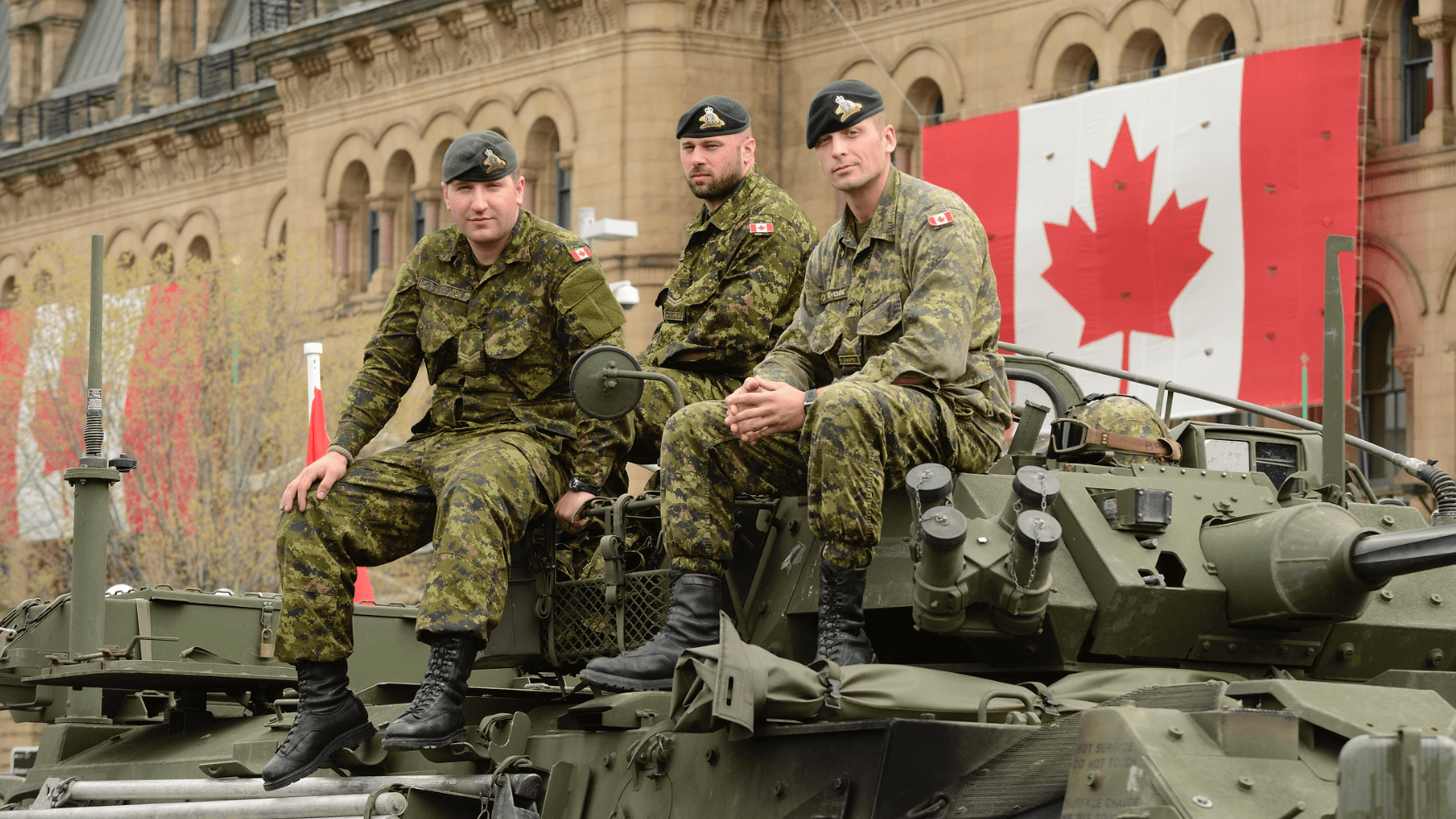 If elections are issue-free mud-fests, it's partly because we let them get away with it.  Andrew Coyne just challenged journalists to stop concentrating on who "won" some leaders' debate instead of "what we think the debate revealed about each candidate's character, judgment and priorities".  OK. I say the leader's debate revealed that they have no judgement at all on the priority defence should have.  And it's a grave character flaw.

It's a lot easier to denounce vacuity than to rectify it.  One even risks doing so vacuously.  But before getting to brass tacks, and hats, I need to talk about the debates ignoring defence.

There was meant to be one on foreign policy.  But the PM said yawn boring won't go and so the organizers, to shame him for this display of contempt for voters and the national interest, cancelled it.  As Coyne observed, "the temptation, into which we [journalists] too often fall, is to report, not on the election, but the campaign â€” not to explain the choice but to call the race.  But we are encouraged in this habitual failing by the farcical way in which the debates are organized and conducted."  Indeed.  As when they bow to the desire of the incumbent not to talk about issues that might embarrass his administration.  (Incidentally, one veteran journalist criticizing cancellation of this debate managed to mention defence only twice and defence spending never.)

Again I'm being negative, with good reason.  And vague.  So what are the positive specifics?  What would I have been said if I had inexplicably been present and able to make myself heard over the interruptions and jibber-jabber?

First, I'd have said national security is the first duty of any government because if you get invaded it doesn't matter how good your laws, your culture or anything else was before the cavalry, tanks or paratroops came smashing in.  Second, I'd have said ours is sorely neglected.  We spend far too little, and badly.

The entire Second World War in Europe took just under six years, during which we went from being pitifully underequipped with obsolete gear to having the fourth-most-formidable armed forces in the world after only the US, Britain and Russia.  (Of course we were sixth until the combined Allied forces beat Germany and Japan, but without us, I'm not at all sure Britain would have survived the Battles of Britain and the Atlantic.)  Now we think 20 years a reasonable time-frame to buy a second-rate helicopter, ship, sidearm, knapsack or fighter plane.

OK, the backpack only took 12 years.  But it's not good enough.  Not nearly.  Especially with the rapid pace of technological change, if you took 20 years to buy a computer what you got would be worthless.  And worthless in the office is nothing to worthless in combat.  So I would dramatically overhaul procurement, making defence of the realm rather than regionally equitable job creation and industrial stimulus the priority.  I'd also double defence spending and the size of the armed forces, and take the necessary $25 billion out of social programs, particularly health and higher education, which are provincial responsibilities.

Whine if you like.  But there's nowhere else to get it.  Besides, getting the feds out of those social programs would be good for everyone.  Let provincial governments design and pay for them with their own inhabitants' tax dollars, and answer to those citizens for the varying results of diverse approaches.

Of course sensible reordering of the federation is also not on the debate agenda, having been replaced by "Contestant A, how would you pander most obsequiously to Quebec nationalists?"  But it should be.  (And if you agree, join us in Alberta in November for our Education Association of Alberta "Freedom School" on "Meeting the Challenge of Western Separation")

Before being hustled off the stage by the other participants and moderators horrified at this challenge to the comfortable mediocre consensus of our ruling class, I would shout that I would also triple the size of the reserves.  Yes, the reserves.  Which most people including ministers of defence have never heard of until there's a flood or snowstorm.

Canada has a long and storied history of a citizen militia, part-time soldiers who augment the ranks of the regulars in crises and in wars, and a long and ugly history of the regulars trying to shut down the reserves in peacetime.  And an even longer and uglier story of politicians having no idea what's going on and being blown about by prevailing winds on the issue.

My friend Chris Champion has just published a book Relentless Struggle: Saving the Army Reserve 1995-2019, which I helped edit, on the battle over the last quarter century to keep the reserves on life support.  Ironically, without the reserves the regulars too would have collapsed under the frenetic pace of operations combined with inadequate, languid support for the entire defence establishment since the debt and deficit crisis first hit in the early 1990s.  Yet the regulars have been worse than no help in the reserves' fight for survival.  Like the politicians.

As Champion also demonstrates, one of the bleakest aspects of the book, a long series of ministers of defence have had no real grasp of the crucial file for which they bear responsibility.  Often briefly and inexplicably.  Each new minister had to be briefed on the very basic facts about the military including that we had reserves, where they were, what they did, why they mattered and so on.  Often repeatedly.

One of the weirdest delusions of politics is that we generally assume participants are only pretending to be idiots, that their asinine public rhetoric conceals deep understanding of the issues and some sinister secret plan.  Leftists think Andrew Scheer is plotting to take us backward to the Handmaid's Tale, rightists that Trudeau is cunningly steering us toward Venezuela or Globalia.  They're not.  For better or worse they know no more than they seem to know, which is why they prefer overstructured debates limited to carefully restricted topics on which they can run out the clock bickering and spouting focus-grouped pseudo-zingers.  But we should not let them.

As Coyne rightly said, we should pay less attention to their "debating prowess", such as it is I might add, because "We are not picking the best public speaker".  Moreover, my favourite line from his piece, "Neither are we choosing a boyfriend: it is interesting to note which leader looked most at ease or came off as most 'likeable,' but that is not ultimately what the voters are asked to decide."

At least we hope not.  Perhaps they are, because everybody's standards are so low that we will tolerate the nation being disarmed provided it's by someone with a disarming smile and a disarming chequebook.

Say, who's winning that ugly race?