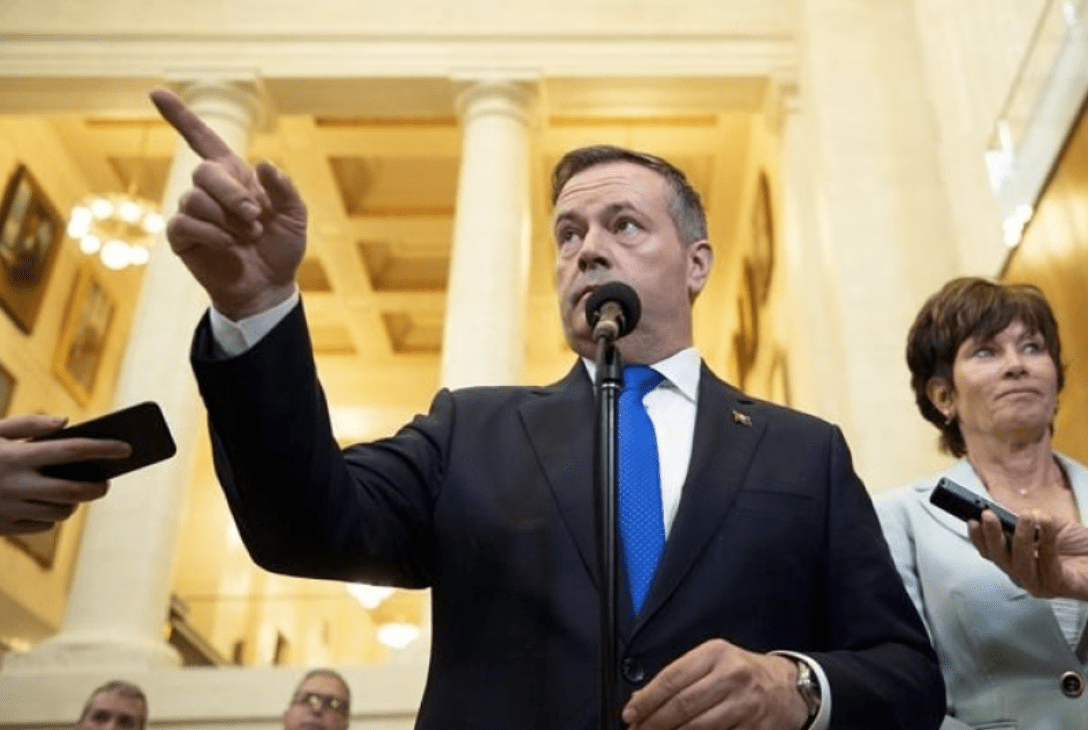 The last thing Canada needs is a polarized debate on climate change and the environment.  An all or nothing approach will simply stall action of any kind on the defining issue of this generation.

Politicians need to start putting some nuance and compromise back into their policy and pronouncements because these issues aren't short term or simple.

Premier Jason Kenney's defence of the Alberta oil patch is perfectly understandable.  A lot of jobs and the health of the provincial economy are on the line.  But drawing battle lines and understating the climate change threat will eventually come back to bite the conservative movement in the province and the country.

The climate change protest marches last week should be a wake up call to politicians that the tide of popular opinion is turning on the environmental issue.  Thousands marched in Alberta.

In Edmonton, in government office windows at the legislature where the main rally gathered, staff had posted I love Canadian oil and gas signs, a pretty overt provocation.

Kenney was not at the legislature for the protest.  At a media event that day he said, "We could shut down Alberta's economy tomorrow and it would make virtually no measurable difference in terms of global greenhouse gas emissions.  We do have to play our part, that's a moral obligation, but where we actually see huge increases in emissions is in the developing world."

That plays well to his short term base but it's not going to win the hearts and minds of the generation of voters that marched through crappy weather to stand at the legislature steps.

Last week Kenney also made his reasoning clear on environmental issues when asked if Alberta would follow Nova Scotia's lead and ban single use plastic bags.  Not our problem, said the premier.

"The problem with plastics in the ocean is it's not emanating from Alberta.  It's coming primarily from developing countries in Asia," he told a business forum in Banff.

Although he didn't go so far as to say plastic bags are great, he did point out that it's not in Alberta's interests to ban them.

And there's the rub.  Jobs at any cost in the long term will leave Alberta in a dead end strategy for the future.

Kenney's war room, which has apparently been redubbed the Alberta Energy Information Centre, is supposed to promote the sustainability and ethical effects of Alberta's energy sector.  But the premier's own rhetoric is increasingly undercutting his message.  Just attacking "developing countries in Asia" isn't showing ethical leadership or underscoring sustainability in the province's own sector.

There is good news on sustainability in the Alberta oil and gas sector.  Private industry is willing to make investment if it gets some government help.  MEG Energy, for instance, announced this week it's interested in moving forward with carbon sequestration at its oil sands facility which has the potential to reduce the carbon footprint of not only MEG's production but an adjacent facility as well.

MEG's CEO mused during a CBC interview that more industry steps to cleaning up oil sands emissions would be made if existing carbon taxes rise.  That's not likely an argument conservative politicians will be espousing publicly at the moment, even though even Alberta has maintained a heavy emitters carbon tax.

Alberta's United Conservative Party needs to shift its environmental stance away from denial and hostility and display some acknowledgement of the tenor of the times.  If the province truly means to tout the environmental sustainability of the domestic oilpatch, the current course of ramping up anti-environmental sentiment is not furthering the cause.

While the populist appeal of the "us against them" approach to climate change activists has galvanized a portion of the Alberta electorate, the longterm play for economic progress will get mired in that untenable position.