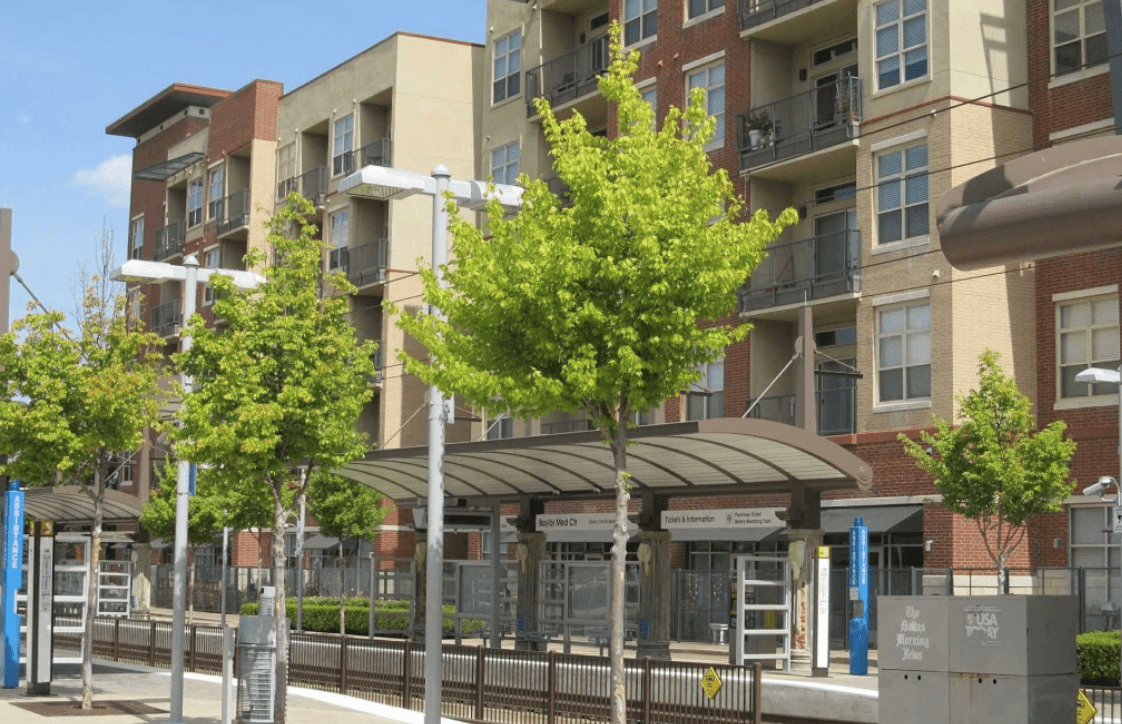 Canada's next federal government will inherit an array of formidable challenges, perhaps none more complex than climate change and housing affordability.  With an autumn election looming, the country's political parties have begun proposing solutions.  Policies based on the principles of "New Urbanism" could play a considerable role in reducing both carbon emissions and housing costs, but will any parties trumpet such ideas?

New Urbanism is the concept that communities should be walkable and contain an array of housing and employment types.  Detached houses are eschewed for low-rise apartments and higher residential density, as seen in most European cities; commercial space is located in every neighbourhood, reducing the distance of daily commutes.  Public transit, bicycling and walking are all prominent components of a multi-modal transportation system, giving people more choice in how they get around.

Communities planned according to New Urbanism have two prominent advantages: a smaller environmental footprint and lower housing costs.  Denser housing decreases the development of natural habitat, is more efficient to heat than detached houses and emits less carbon.  Compact communities save residents time on commuting and enjoy less traffic congestion.  The more efficient use of land makes homes cheaper to purchase, maintain and heat.  And offering a mixture of housing types including non-market, co-op, and "no-frill" condos built by non-profits can keep costs much lower than the typical detached house.

New Urbanism is hardly novel: most of its principles predate the twentieth-century boom in private vehicle ownership.  Canadian governments and political parties, however, have been incredibly slow to seize such ideas.  As a result, our country produces the most greenhouse gases of any G20 nation, with a carbon footprint four times the global average.  Canada's motor vehicles consume the most fuel and emit the greatest carbon.  More than two-thirds of Canadians live in sprawling suburbs, a figure that balloons to 80 percent in the country's largest metropolitan areas.  And although Canada's carbon emissions are slowly decreasing, our efforts lag behind many developed nations.

As a country that boasts an abundance of land, it's perhaps understandable we haven't been efficient at utilizing space.  The result: an incredibly low housing density.  In Toronto Canada's most populous city 70 percent of residential land is limited to detached and semi-detached housing; low-rise apartments are prohibited, deemed excessively large.  In Metro Vancouver, a whopping 80 percent is reserved for detached houses.  Urban centres are the most appropriate location for dense housing, yet Canadian cities have avoided building the scale of housing seen across most of the world.

The good news lies in opportunity.  New Urbanism principles, if adopted, could play a tremendous role in reducing Canada's climate emissions and housing costs.  But political leadership is needed to rectify our country's current stark reality, and it's not clear if any parties are up to the challenge.

With less than three months until a pivotal federal election, it's worth examining whether the climate and housing policies proposed thus far embrace or resist the principles of New Urbanism.

The governing Liberals propose a 10-year, $55-billion plan to create new housing supply, renovate existing housing and fund community housing.  385,000 existing affordable units would be renovated and 100,000 new homes built.  One such project already announced is the renovation of 58,000 Toronto Community Housing (social housing) units.  Loans will also be offered to help build 42,500 new rental units, of which 10-20 percent of suites would have affordability guaranteed for 10 years and energy efficiency better than national building code requirements.

On transportation, the Liberals have created a $5.2-billion fund to invest in transit projects, yet the party continues to devote funds to creating new highways and widening existing roads, contrary to the principles of New Urbanism.

Andrew Scheer's Conservatives would focus on increasing the supply of housing by financially incentivizing the development of new units.  They would also reduce "regulatory burdens" and make it easier to qualify for a mortgage.

Scheer met with Toronto mayor John Tory this past April to confirm his commitment to funding new transit infrastructure.  A similar announcement was made that same month when Scheer visited Vancouver.

Jagmeet Singh's New Democrats are the only major party to have already released their election platform.  The NDP would create 500,000 units of affordable housing, including social housing, community and co-op residences.  All housing would be retrofitted for energy efficiency by 2050, and GST/HST would be removed from construction of new rental units.  A brief mention is also made of "smart community planning."

What's startling is that none of the three major political parties have articulated the need to build dense housing.  In fact, at a recent Vancouver public hearing for a six-storey, purpose-built rental apartment rezoning, NDP MP Don Davies spoke in opposition to the project, leading urbanists to doubt whether the party conveys their values.

Regarding transportation, the NDP wants to modernize and expand transit.  They acknowledge the need to "[take] cars off the roadâ€¦ and [reduce] gridlock."  Singh has also proposed a national cycling strategy.  However, the NDP also speaks glowingly about revitalizing Canada's auto industry, including waiving tax on zero-emission vehicles positive in the short-term by reducing carbon emissions, but may exacerbate suburban sprawl and undermine efforts to coax people into using transit.  The party also intends to build more roads and bridges for private vehicles.  The importance of walking as a mode of transportation is noted only in passing.  Overall, the New Democrats offer contradictory messages in their support for urbanism, simultaneously looking to the future while still leaning heavily upon the errors of the past.

The Greens' oft-updated Vision Green, a collection of principles meant to inform their future platform, perhaps best reflects the ideas behind New Urbanism.  The document calls for "smart growth" infrastructure and "efficient housing in high-density nodes alongâ€¦ transit corridors" the only party to do so.  The Greens would build 200,000 new affordable units and renovate 100,000 existing affordable units.  Loans and grants would be provided to build and renovate non-profit and co-op housing.  The energy efficiency of buildings would be improved 80 percent compared to 2009 standards, and all would be retrofitted by 2030.

On transportation, Vision Green notes that sprawl is undesirable, more roads won't solve traffic congestion, cities can't accommodate more private vehicles, and that livability improves as a transport system becomes less car-centric.  The document calls for "excellent transit," including investment in light rail; to fund pedestrian, bicycling and car-sharing infrastructure in towns and cities; and to "oppose funding for highway and bridge expansions that encourage urban sprawl [and] increase private vehicle use."

Although the Greens are the only party to unequivocally advocate for high-density housing and transit-oriented development thus far, unfortunately none of the parties have directly conveyed that the current level of housing density in Canadian cities in insufficient, nor that municipal exclusionary zoning is the primary culprit.  The tendency for city councillors to bend to a vocal minority of "NIMBYs" ("not in my back yard") who oppose thoughtful neighbourhood growth is arguably why Toronto and Vancouver retain mostly low-housing density as surrounding suburbia incessantly balloons, engulfing former green space.

Will any federal political party have the audacity to encourage cities not just to build more housing, but to incentivize building upward rather than outward?  Dare they shine a spotlight on archaic zoning restrictions and the folly of car-dependent communities?  Will any party champion a bold transformation toward New Urbanism?

If not, achieving ambitious climate goals and bringing housing costs back to reasonable levels may never be possible in Canada.