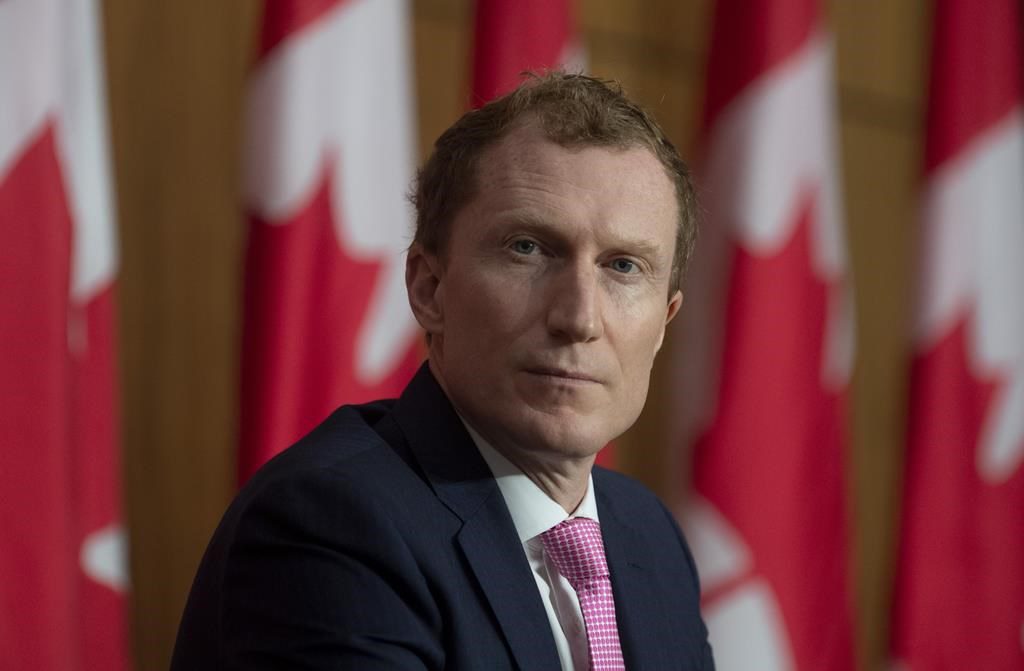 OTTAWA â€” Indigenous Services Minister Marc Miller says the 2021 federal budget marks a historic level of investment in Indigenous communities, but he acknowledges much of this spending addresses systemic funding gaps and that longer-term, sustained spending will need to continue.

The Liberal government plans to spend more than $18 billion over the next five years to narrow the socio-economic gap between Indigenous and non-Indigenous people and to help these communities fight the COVID-19 pandemic.

The budget also promises a three-year investment of $74.8 million to improve access to justice for First Nations people through the development of an Indigenous justice strategy, aimed at tackling systemic discrimination and over-representation in the criminal justice system.

While the total spending earmarked for Canada’s First Peoples in Budget 2021 may be an eye-popping number compared to previous budgets, Miller says it’s important to remember this reflects long-standing funding shortfalls in First Nations, Inuit and Metis communities for basic things like clean water, access to local health care and First Nations policing.

"The size of the investments, they didn’t come without reflection," Miller said in an interview with The Canadian Press.

"My team put a tremendous amount of effort in trying to quantify the investments in infrastructure, for example, that we need to start closing the gap in the relatively short-term as part of the general effort of stimulus and touching on the themes in the budget, fighting COVID and getting out of it in a strong way."

Investments of $6 billion over five years are included in the budget are meant to be investments for “shovel-ready projects” over the next three to five years flagged as critical infrastructure by local chiefs and communities, Miller said.

This includes $1.7 billion earmarked for operations and maintenance costs of community infrastructure in communities on reserve.

Maintenance spending may not be "a headline grabber," Miller said, but is important for communities to know the federal government will support the upkeep and preservation of critical assets in their communities, including equal pay for equal work.

“A very important thing I kept hearing back from Indigenous communities was, ‘Where will you be after March 2021?’ knowing these assets need proper planning and support over the course of their lifespan,” Miller said, pointing specifically to the decades-long battle to lift First Nations boil-water advisories.

Meanwhile, Indigenous Services Canada will soon launch a strategy with Indigenous communities to get a clearer sense of their long-term plans and individual needs.

This will be used to quantify and put a reliable dollar figure on the of longer-term federal investments needed to help lift Indigenous communities into a more equal standard of living as non-Indigenous ones, Miller said.

"That will require sustained investments in infrastructure over the long term," Miller said, adding that he firmly believes Trudeau is willing to invest both the political and financial capital into turning these spending promises into a reality.

Many national Indigenous organizations and groups that represent First Nations, Inuit and Metis people voiced cautious optimism about the large sums dedicated toward their unique needs in Budget 2021 after its release on Monday.

Miller said he hopes all Canadians will understand the large sums secured for Indigenous communities are not “discretionary in nature,” but rather should be viewed through a lens of Canada making reparations for past wrongs and righting historic funding shortfalls.

“That’s an educational element that escapes even most of us when we see very, very large (budget) numbers. A lot of them are meant to close gaps that are unacceptable,” he said.

“These investments are continuous and will need to be continuous as we work with Indigenous communities to right historical wrongs and to invest in the future of Indigenous Peoples.”